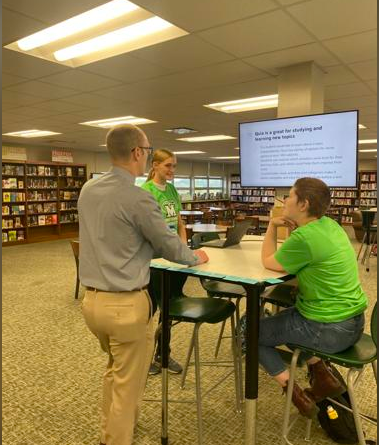 They watch expectantly as she gets her phone out, hoping to earn a “dojo,” a reward in a point-based system for positive behavior management – like the next generation’s version of a gold star.

This has been especially important after COVID’s hybrid learning, as kids are readjusting to structure and routine.

Students who accumulate enough dojo points by the end of each month participate in an incentive day, while those who don’t attend a positive character education session on concepts like sharing, respect, and fairness.

“I like to joke with them, but I do have high expectations of them, and they’re so proud of themselves when they know they’ve done something right,” Deaton said. “They need that. They need to know somebody’s noticing them and expecting them to do the right thing instead of ‘just do whatever you want to, nobody cares’ kind of thing.”

Deaton launched the school-wide Class Dojo program at her school after selecting disruptive behaviors as her “problem of practice” for the GRREC ED Rank Change program. She wanted to implement a social-emotional learning (SEL) program, but research informed her that she needed to set a school-wide behavioral foundation first. Enter Class Dojo.

In a world of checking boxes and fulfilling requirements, the GRREC ED Rank Change program is focused on “meaningfulness” instead, said program director Rebecca Gaddie.

The first program cohorts will graduate this November and December after two years of action research-based professional development.

For educators to get a rank change, which comes with a raise, they typically have to earn another degree or certification at a university. The GRREC ED Rank Change program offers a different avenue, approved by the Educational Professionals Standards Board, that fits into educators’ current schedules.

Each cohort is made up of 20-25 educators, Gaddie said. There were five cohorts in the program’s first semester, totaling 83 educators. The second semester had 140 educators, and there are over 135 new candidates beginning the program in January.

Each educator chooses a problem of practice that they want to research and understand with the goal of implementing something in their classroom or school to address it. They also select a content cadre, like math, literacy, or social-emotional learning, as an additional focus area. Each semester of the two-year program, they meet with their cohort and cadre virtually about once a month to share research, results, and feedback.

“Typically, it’s been around things teachers have always wanted to do in their classrooms and, for whatever reason, haven’t been able to get focused on it,” Gaddie said. “And so this little bit of support that comes from the cohort and the program helps them actually do that in the classroom and helps them measure their impact.”

At the end of the program, each educator completes a capstone project. Deaton implemented the Class Dojo system and soft-launched an SEL program teaching students how to be more aware of their emotions and those of their peers through classroom activities.

Ellen Hall, a library media specialist at Meade County High School, started a “student-led professional development for teachers” initiative for her capstone. It allowed students to showcase ways teachers could use technology in their instruction while giving students a greater voice.

Hall said that her problem of practice was a decline in student motivation, energy, and enthusiasm since COVID began. Her goals were to increase teachers’ capacity for using technology in the classroom to increase student engagement and to prioritize students’ voices so that they would “buy in” to their education.

Hall said that while she typically leans on herself to get the brunt of the work done, she learned through her project that allowing students to be involved at every stage led to more student growth than she’d previously imagined was possible. She said they took more ownership of their work and did more than required.

“Hall said that we went into teaching to see student growth and impact,” Hall said. “Trying these new things that are research-based, the impact that has makes the day exciting. It makes you not want to have a normal day again. It makes you want to have a day where you’re stretching those boundaries.”

Gaddie said many educators had told her that while they joined the program to get a raise, they ended up becoming the teacher they always wanted to be along the way.

That’s been true for Crystal Bratcher, a physical education educator at Grayson County Middle School. Bratcher said that she is a better teacher because of the program. She created a nine-week social-emotional learning curriculum grounded in research-based and data-driven instruction. When it was over, the students said that wanted more.

“Though I have felt overwhelmed a few times, I felt like I have used every single piece of information that I’ve developed, created, or researched in this program,” Bratcher said. “I feel like there hasn’t been any wasted time.” 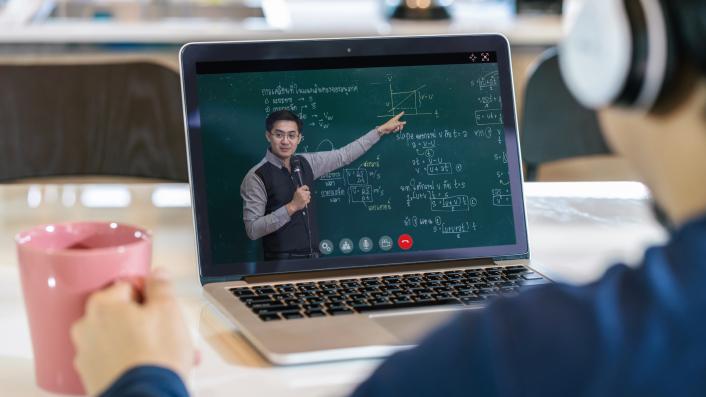 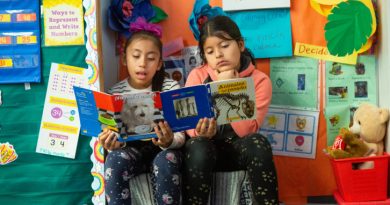