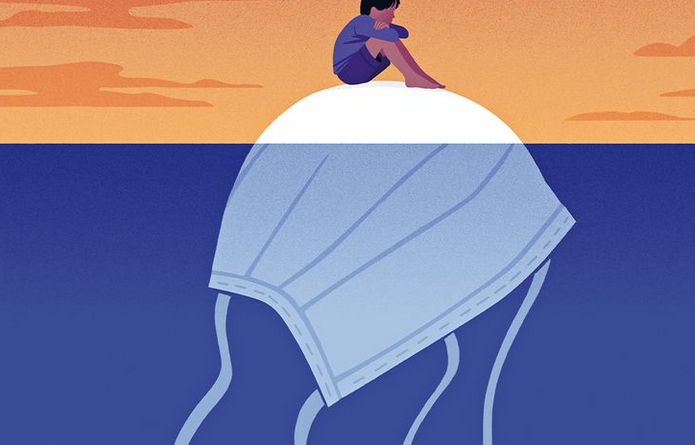 When the school doors opened last fall at Bunche Montessori, early-grade teacher Katie Gerdts quickly realized it would be a tough year.

“That moment when you go to redirect a child—normally not a big deal—and the child just flips out, throws their work,” she recalled, incredulously. “And it just kept happening over and over again with different children, screaming and yelling, massive toddler tantrums.”

Without the benefit of much (if any) normal preschool or day care because of the pandemic, many students in Gerdts’ mixed-age classroom were simply not ready to learn and struggled with basic tasks, social skills, and self-regulation. It wasn’t just the academics—Gerdts and her colleagues at the Fort Wayne, Indiana, magnet school knew to expect lags there—it was skills like sharing classroom materials, taking turns, unpacking backpacks, or sitting still for even short periods of time.

With no road map to cope with unprecedented circumstances, early elementary teachers scrambled to find ways to help their youngest learners interact with peers and function appropriately at school. They restructured classrooms and set new norms, hung posters about behavior expectations and emotional regulation, and built copious movement breaks into the school day to help kids get ready to learn. Teachers with years of experience told us it was a year like no other, demanding and exhausting in ways they hadn’t anticipated.

“It isn’t just about not being in school—although that’s huge—but even for kids who were in school, many were masked for a large portion of the past two years,” said Erika Christakis, an early-childhood educator and the author of The Importance of Being Little. “I don’t think you can begin to calculate how damaging that is to social and emotional skills, like being able to read people’s faces, and the cognitive load of just not getting that feedback. Kids were coming into school dysregulated before the pandemic, but it’s clearly worse now.”

We spoke with early-grade teachers at elementary schools around the country about how they shored up the critical school-readiness gaps among their youngest students, work they say will extend well into the coming school year.

Veteran first-grade teacher Katie Howell was used to students coming into her classroom with varying skill levels—but nowhere close to what she witnessed last year: “One of my students didn’t know what a marker was,” she said. In Gerdts’ classroom, routine habits were simply nonexistent. “Maybe one of the most shocking things that happened at the beginning of the year was when my teaching assistant and I would call out students’ names, and students [never having been in a classroom] would just not respond at all.”

Doubling down on what works: To meet some of these challenges, Gerdts said she “doubled down on what worked,” building in plenty of repetition and consistency throughout the school day. She created posters and other visual aids for students on classroom expectations—steps for hanging up their backpacks and getting settled in the morning, for example—and set up clear and very predictable classroom routines.

Teaching social skills: Because kids’ conversation skills seemed extremely limited, Heather Mooney, a kindergarten teacher at Deltona Lakes Elementary School in Florida, said that basic things like knowing how to take turns when chatting with friends were difficult for many children. Mooney taught her students explicit rules for navigating different social interactions with peers, drawing heavily on books that taught communication skills, like Interrupting Chicken and the Ninja Life Hacks series, as well as her district’s Harmony SEL curriculum.

Supporting problem-solving: Often minor issues like a broken pencil or untied shoelace brought everything to a halt, so Howell made problem-solving a major focus. “The lack of self-help skills was the hardest thing at the beginning of the year,” she said. Rather than simply shouting “My shoe! My shoe!” Howell helped students brainstorm solutions to problems and modeled appropriate communication: “Ms. Howell, my shoelace is untied. Can you please help me tie it? I do not know how to tie it on my own yet.” As part of the problem-solving process, she encouraged a growth mindset in her students, reminding them that they might require support for tasks like tying shoes right now but would soon be able to manage many problems independently.

Carving out personal space: Meanwhile, after spending so much time at home, teachers told us, students struggled to understand the concept of personal space and how to respect classmates’ boundaries. “They had to learn how to not be on top of each other,” said Howell. To clarify the concept, she taped circles on the floor where students sat for group lessons and taped off personal areas on common work tables.

The rule of four: When it became clear that her students needed clarity around interrupting, Mooney gave them a handy rule: “I told the students to ask themselves the four Bs: Are you barfing? Are you broken? Are you burning? Are you bleeding?” If the answer to all four was a clear no, students needed to wait until she was done speaking.

WORKING THE WIGGLES OUT

Because her students needed help staying focused, and she found that “moving their bodies really helped them regulate,” Gerdts built movement into the day. She stocked a classroom “movement shelf” with a selection of objects—a yoga mat, a wobble board, and little weights for bicep curls.

Free will: “Students were free to select when to use it; I never directed children to use the movement shelf,” Gerdts said. Students would use a 5-minute sand timer, select a movement activity, and choose from one of several designated activity spots in the classroom. “They were limited to two children using movement activities at the same time,” she explained. “And everything on the shelf was explicitly taught and modeled with very specific expectations for how it was to be used.”

Stickers and sensory paths: To give her students opportunities to work out the wiggles when they weren’t on the playground, Mooney posted stickers in a path around the classroom with different exercises, like jumping jacks, wall pushing, and squats. When her students were having trouble concentrating or getting frustrated, she would have them walk the path around the room, because even just getting out of their seats and walking “helps regulate them,” she said.

A job for everyone: In Sara Kinstler’s second-grade classroom at Evergreen Elementary School in Cave Junction, Oregon, every student received a special job that would change monthly, giving them a sense of purpose and cutting down on negative behaviors—and building in the opportunity for regular movement for kids who needed it. For example, the student in charge of volume control would hold up a sign when classmates became too loud. “It’s really important to make a student feel like they are necessary,” said Kinstler.

Busy putting out fires, teachers sought to provide students with tools they could use to resolve their own emotional issues.

Cool-down corners: Because Mooney’s kindergarten students often needed a moment to collect themselves, she created a cool-down corner in her kindergarten classroom with bean bags, noise-canceling headphones, and a bin of stuffed animals—an assortment of items she learned about during a professional development session about teaching autistic children.

Gerdts also created a dedicated spot for students to quiet down, escape the noise of the busy classroom, and reset. “I’ve never gotten hit as much as I’ve been hit this year,” said Gerdts, echoing an alarming theme voiced by many educators. Several times, students fled the room or took off their clothes—situations she said happened rarely in the past. Occasionally, when things escalated to a point where Gerdts felt she needed help—or needed to get back to working with the other students in her classroom—she had to radio for support from the school social workers, therapist, and other staff. 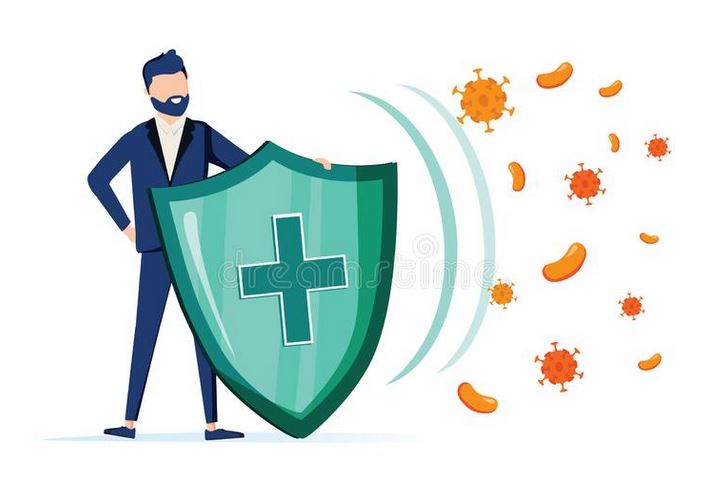 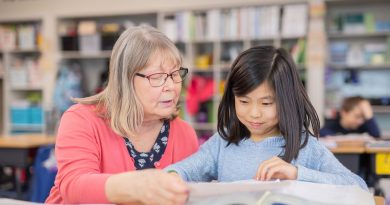 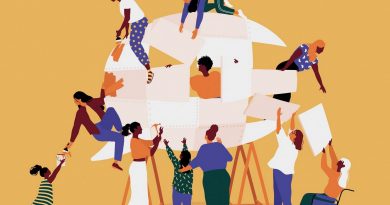