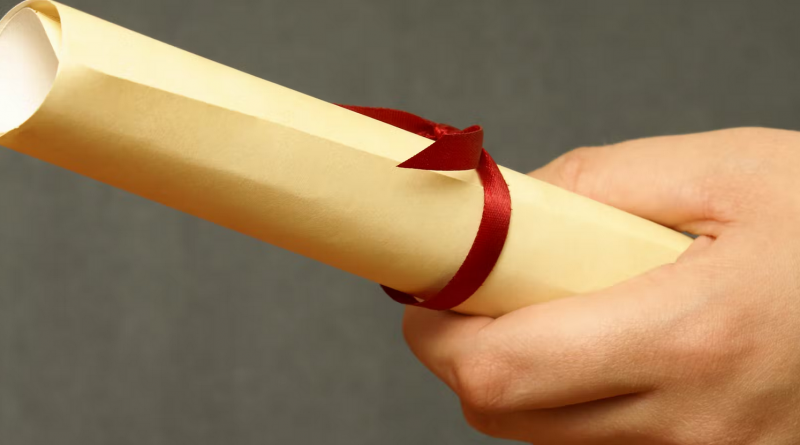 Even before students at Morgan State University finish their degrees, they’ll soon have something official to let them show the world what they’ve learned so far.

The university is rolling out a new system that will give every student a new kind of digital transcript that will include things like what courses they’ve taken and involvement in community programs.

It’s just one example of the growth of digital credential systems that leaders say will help build a better bridge between industry and academia—and may also change some of the ways higher education works.

Perhaps the biggest recent example that transcripts are moving toward a refresh came a couple weeks ago, when publishing giant Pearson’s bought Credly, a New York-based digital credentialing platform, for $200 million. Plenty of higher education institutions, including a dozen members of the MIT Digital Credentials Consortium, are involved with experimenting with how to better display digital credentials. And those platforms don’t just host proof of completion of traditional college courses. They can also display proof that students completed certificates from corporate providers as well, including Google, IBM and Hubspot.

“We believe that our old transcripts were telling half the story,” says Solomon Alao, assistant vice-president for outcome assessment at Morgan State University. “It wasn’t really giving students the credit they deserve.”

Traditional transcripts don’t fully convey student’s achievements outside of the classroom, even if those achievements show leadership and were made in programs run through Morgan State, Alao says. They tended to leave off community involvement, such as participation in student affairs. It’s information Morgan State thinks employers would like to know.

The college is rolling out digital credential “wallets” to all students, which it hopes to finish within the next year.

The students can customize their digital portfolio which they put in front of employers, and they retain control of it, Alao says. “It puts students in control of their own records,” Alao says.

Universities are facing a need to communicate the return students get on their education, especially as student debt rises. Morgan State thinks that digital credential wallets will help with that, too—helping to prove to parents that they’re getting a good return on their investment, Alao says.

As it now stands, colleges and universities tightly control student records. They select which ones count towards a degree, especially in deciding which credits they’ll allow to be transferred in from other institutions.

Proponents of digital credential systems argue that giving students ownership over a digital wallet of what they’ve learned that includes a broader and more reflective range of personal achievements could help them better communicate with future employers, if hiring managers start to take them seriously.

The systems also let students maintain control without having to go back to a college to request a transcript, notes Guillermo Elizondo, co-founder and CEO of Territorium, the company that’s working with Morgan State on the digital wallets.

Meanwhile, the pandemic has seen a rise in online offerings that are shorter than traditional degree programs, says D. Christopher Brooks, a senior analyst for Tambellini Group. These shorter-form badges and credentials are seen as a low-pressure way for people to upskill or reskill in the hopes of making a meaningful transformation of their lives. “People want to be able to go through that sequence at a low cost with a low-barrier to entry to transform themselves,” Brooks says.

The existing education-to-work pipeline is no longer working for many students and workers, argues Sharon Leu, a former leader at the U.S. Department of Education who is now executive in residence at JFF Labs.

Having a digital-credential wallet allows the students to “translate past experiences into future opportunities,” which could be good for creating equity since it might give a lever to those who haven’t been served by the existing system, argues Leu.

Whether or not it unsettles the current education system, wide acceptance of digital credentials would, according to some of its proponents, empower students by giving them ownership over the artifacts of their education.

Soon all the information that made up traditional transcripts will be issued digitally, argues Scott Cheney, CEO of Credential Engine, a Washington, D.C.-based nonprofit. He says the biggest challenge is to make that transition in a way that gives students more flexibility to work across educational institutions and other providers.

Doing that will require the new credential systems to have “interoperability,” or the ability to transfer and share information across platforms, he says. Groups like IMS Global Learning Consortium are working to establish open standards about what should be included in the metadata, or the data framework, that would make them portable across institutions.

Of course, education providers and employers would also have to change how they operate for this new digital credential landscape to succeed.

There does seem to be growing interest in them from employers, which they call a “signature frontier in collaboration between industry and academia,” according to research by Sean Gallager, founder of the Future of Higher Education and Talent Strategy, and Holly Zanville, co-director of the Program on Skills, Credentials and Workforce Policy.

But experts point out that it’s early days. How to ‘Manage Up’ in a School Setting 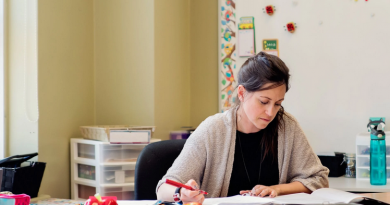 A Simple Tool to Help Teachers Regulate Their Emotions 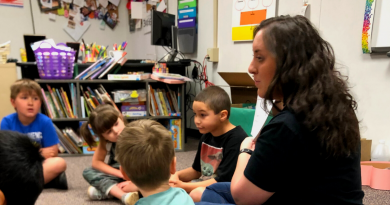