The fallout from the COVID-19 pandemic, ongoing policy ping pong, curricular controversy, and more are set to impact schools this year.

The COVID-19 pandemic continued disrupting K-12 in 2021, even as schools were largely able to return to in-person learning in an attempt to regain some semblance of normalcy. Just this week, surging cases due to the omicron variant have sent many students back to virtual classrooms as school was set to resume following the winter break.

Returns to the classroom haven’t come without their own hurdles: The pandemic and its fallout for schools have taken a toll on the mental health and social-emotional needs of both students and educators, following a high-stress year of virtual learning. Districts face shortages of educators and other school staff as both burnout and coronavirus anxiety surge.

Adding to the struggles, pandemic safety measures and controversy over curricular topics led to heated and sometimes-threatening discourse in some communities, influencing several elections in November and raising the question of whether schools are communicating what they do well enough.

With these factors stretching into 2022 and likely to impact school districts for years to come, the following eight trends will be critical to watch in the coming year.

Schools must continue to address learning lags and enrollment declines following school closures triggered by the COVID-19 pandemic and the delta and omicron variants threatening more virtual learning down the road.

While test results this and last school year confirmed predictions students of color would be most impacted in reading and math, schools have used federal relief funds to launch tutoring and other programs to close gaps widened by 2020 shutdowns and intermittent closures thereafter. It’s yet to be determined whether and how those investments pay off if the programs are sustainable, and if states can maintain funding for them once federal aid dries up.

How quickly educators can accelerate learning is also a gray area, but the timeline for turnaround is likely a long one considering impacts from the Great Recession lasted nearly a decade.

Meanwhile, schools are also contending with enrollment losses that could impact funding long-term. According to preliminary data released in June from the National Center for Education Statistics, enrollment declined by nearly 3% in 2020-21, the largest drop since the start of the century. Decreases were especially pronounced in the early grades, with a 22% decrease in pre-K and a 9% dip in kindergarten.

Some suggest enrollment may bounce back quicker than expected, while others indicate districts must do everything in their power to woo parents back, such as offering virtual and hybrid learning despite vaccination and transmission rates. A fuller picture is expected in spring 2022 when NCES plans to release final findings on enrollment.

How schools communicate with stakeholders

Navigating the onslaught of buzzwords and catchphrases in K-12 can be a challenge for even seasoned veterans in the field, but for families and communities, they can seem like another language entirely. When stakeholders hear things like “21st-century learning” or “student-centered,” do they have a clear idea of what that means? And what exactly is the classroom of tomorrow to a parent or legislator who may not have set foot in a K-12 school since they attended themselves?

These communication disconnects became more apparent in 2021 as education rose to a major political issue, catalyzing “parents rights” movements in a number of communities and states due to disputes over curricular content and pandemic mitigation measures.

If schools are effectively communicating their purpose, vision and mission, should there be so much confusion and division over the specter of a topic like “critical race theory” that may not actually even be taught in K-12 classrooms? And are parents always certain that what they’re demanding isn’t already going on? Have educators effectively explained it in a way parents understand?

As education is driven further top-of-mind in social and political debates, honing in on these questions will be essential for school leaders in the coming years — particularly as they rise to the level of major talking points in the 2022 midterm and 2024 presidential elections.

This year will continue to test school administrators’ patience with unpredictable budget allocations as funding cycles fluctuate away from predictable patterns, according to Julia Martin, legislative director at Brustein & Manasevit PLLC, a Washington, D.C.-based law firm specializing in education, workforce, and grants management.

The good news is that when federal funding decisions are made, many programs will see higher appropriations than in the previous year.

Specifically, school systems are waiting on Congress to finalize the FY 2022 budget, which includes an administration proposal to double the allocation for Title I-A grants to $33.1 billion for schools serving a significant number of students living in poverty.

Though 2021 saw the biggest one-time increase in K-12 funding through the passage of the American Rescue Plan, district leaders will need to budget with caution to prevent a fiscal cliff when the timelines for spending expire.

Configuring these different sources of funds — and their spending requirements and timelines — is what complicates matters, Martin said. Additionally, the continued impact of pandemic-related disruptions is putting pressure on administrators to be flexible in budget planning and spending.

In proceeding through these challenges, school systems can look for opportunities for the “braiding and blending” of federal and state funds to maximize resources and address priority areas. As education leaders await finalized revenues, they can also plan for different scenarios based on potential funding levels, Martin suggested.

Pandemic-related hardships, racial divisiveness, school violence and other challenges will continue to impact the mental well-being of school staff, students and families this year.

But as the two-year anniversary of the emergence of COVID-19 in the U.S. approaches, education stakeholders now have more resources for guidance and financial support to address critical needs. Initiatives and planning that began in 2021 will begin to take full shape this year.

But even with seemingly near-universal agreement about the importance of mental health supports, shortages of school psychologists, counselors and other staff may create barriers.

Another continued challenge district leaders will face this year is providing equitable access to mental health supports for underserved students.

School staff shortages last year caused classrooms to double up, bus routes to be canceled, principals to fill in as teachers, and even entire schools to close. This year could be just as challenging.

Vacancies are forcing school leaders to be creative when it comes to recruitment. Tulsa Public Schools Superintendent Deborah Gist said the school system, which had 100 teacher vacancies as of Dec. 16, is looking at incentive programs and changes to ensure employees feel supported and fulfilled at the classroom, school and district levels.

At the same time, the district is considering how it can change staffing structures to maximize positions and make certain schools are still able to serve students, Gist said.

The “hope for the best, plan for the worst” approach will likely be replicated across the country as school leaders have Elementary and Secondary School Emergency Relief funds to hire additional staff but can’t find enough qualified employees.

Because of staff shortages, school leaders are also expected to prioritize the retention of existing teachers and staff. Offering additional staff benefits, surveying staff about preferences, and providing leadership and career growth opportunities for staff of color are some likely approaches education leaders will take to maintain staff stability.

Building community trust in educators and schools will also be a goal for 2022. Teachers and administrators say sharing best practices for cultivating positive family engagements is one way to help this effort.

Throughout the pandemic, schools and districts have asked for more resources devoted to broadband expansion and cybersecurity improvements.

Keith Krueger, CEO of the Consortium for School Networking, expects to see more state and federal dollars put into place for internet broadband in 2022, but he said investment toward cybersecurity infrastructure in K-12 has been slow despite calls for funding in recent years.

In fact, 2020 was a “record-breaking” year for cyberattacks against U.S. schools, according to the K-12 Cybersecurity Resource Center. The Federal Bureau of Investigations also released a joint report with other federal agencies in December 2020 warning that K-12 schools had become the No. 1 target for ransomware attacks.

Concern among parents is also growing in regard to student privacy and data security. Outdated laws and an increase in state rules and ed tech tools have led to more difficulty in protecting students’ personal data, too.

But momentum seems to be gaining for a new federal law updating student data privacy regulations, Krueger said, adding that whether Congress will be able to agree and vote on these updates in 2022 remains hard to predict.

As of mid-December, there were 60 “gag order” bills introduced in 2021 in state legislatures to limit discussions in K-12 classrooms about gender, race or other divisive topics, according to PEN America, a nonprofit advocating for free expression. The laws typically came about in response to debates around critical race theory or the use of The 1619 Project in school curriculum.

Since November, the number of state bills introduced to censor educators has continued to increase, and that trend will likely continue into the new year as more state governing bodies gear up for their new legislative sessions, said Jonathan Friedman, director of free expression and education at PEN America.

While there are some signs of growing pushback to these “gag order” bills, Friedman said it’s hard to predict if lawsuits against such legislation will become a trend in 2022. Even so, the damage will have already been done, as it may take years for any litigation to completely dismiss bills banning discussion of these topics in schools and punishing teachers in response, he added.

“Censorship, ultimately, is always going to backfire,” Friedman said, but added, “The scope of what is being proposed and the speed at which some Republican legislators have demonstrated they’re interested in moving these things forward does not bode well for next year and the upcoming legislation.”

With the Biden administration entering its second year, a handful of changes are expected to trickle down from the U.S. Department of Education, marking a second administration in a row that has dramatically reversed its predecessor’s policy decisions. Relatively quick policy changes resulting from letters of interpretation rather than permanent changes to the law have been the hallmark of the Obama, Trump, and Biden administrations.

Previously, the Trump administration unraveled much of the Obama Education Department’s changes, including withdrawing guidance released in 2014 meant to curb exclusionary discipline and its impact on students of color as well as rescinding a 2016 Dear Colleague letter that protected the Title IX rights of transgender students based on their gender identity.

Now, U.S. Secretary of Education Miguel Cardona has signaled the likely reinstatement of some Obama-era policies. In June, the department issued a Notice of Interpretation saying it will enforce Title IX to protect against discrimination based on sexual orientation and gender identity.

It also said a decision made under the Trump administration to officially dismantle protections for transgender students through a case decided by the Office of Civil Rights is inconsistent with an executive order issued by the Biden administration early in his first year on “Preventing and Combating Discrimination on the Basis of Gender Identity or Sexual Orientation.”

These unofficial interpretations may be made concrete through Title IX changes expected to be released in April 2022, when the department will propose new rules potentially changing parts of the civil rights law that were issued under former U.S. Secretary of Education Betsy DeVos. Final rules, however, will not be implemented until a feedback period and later into Biden’s term.

Similar reversal of Trump-era policy is expected for school discipline, though the timeline for those changes is unclear.

School mental health supports are a pathway to equity 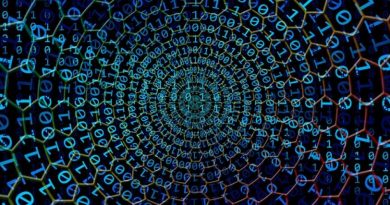