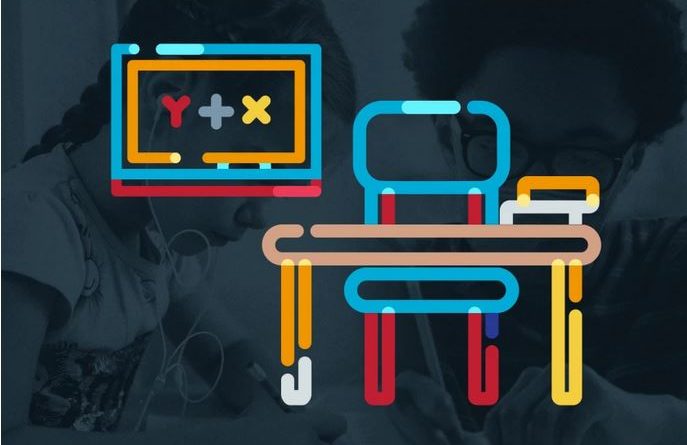 The Hustisford school district in rural Wisconsin wasn’t an obvious candidate for blended learning before the pandemic. There were no immediate plans for a districtwide 1-to-1 computing initiative, and about 1 of every 3 students did not have reliable internet access at home.

Then the pandemic hit and Hustisford, like countless districts around the country, had to shift quickly to virtual instruction. That meant buying devices, handing out wireless hotspots, and making big changes to teaching practices.

Now, Hutisford’s teachers are regularly using tools like Kahoot, a game-based learning platform, YouTube videos, and even TikTok as part of in-person classroom lessons, said Heather Cramer, the district superintendent. More significantly: a handful of teachers took the initiative to flip their classrooms, allowing students to learn new material at home via online tools and spending class time on group work, class discussions, or digging deeper into the material.

“That’s something that we’ve really, really lacked in the past,” Cramer said. “The kids didn’t have that technology at home to be able to do that research and bring that all together.”

The pandemic and the increasing use of technology in K-12 education it prompted has added renewed energy to the blended learning movement as most students are now learning in school buildings. About two-thirds of educators are expecting their use of the approach to increase during the 2021-22 school year, according to a July survey by the EdWeek Research Center. Nearly 30 percent said they were betting it would “increase a lot.” Just 14 percent expected it to decline.

Blended learning is an approach that leverages both digital tools and face-to-face instruction to offer a more personalized learning experience for each student. Students are typically given greater control over the time, place, and/or pace of learning and often participate in new instructional approaches, such as flipped classrooms. The approach is usually built on the premise that students will be attending classes in school buildings.

At the same time, teachers became much more adept at using technology. Eighty-eight percent of teachers said their ability to use tech improved during the 2020-21 school year, according to the March survey.

Blended learning and the ‘new normal’ picking up momentum

In some cases, educators are taking the initiative to continue instructional practices they started using during the pandemic. For instance, teachers in California’s San Marcos school district are much more likely to record their lessons and post them online for students than they were before COVID, said the district’s director of educational technology, Stephanie Casperson. That allows teachers to flip their classroom or gives students a chance to review lessons if they need help understanding a concept.

Even school social workers and music teachers are making these instructional videos, she said. “Before COVID, it was mostly my American Sign Language teachers who did videos,” Casperson said.

Before the pandemic, only two or three teachers at Corunna High School near Flint, Mich., were very comfortable using blended learning approaches, said Barry Thomas, the principal. Now, it’s more like eight to 10 of the school’s roughly 30 teachers, he said.

Corruna teachers are now more apt to record their lessons so that students can go back and review them, and the school’s math department has embraced online platforms like Khan Academy to supplement their own instruction.

“They’ve found things in the course of this last year and a half that they really have liked,” Thomas said. “And now it’s just part of their normal operation.”

But some educators are cautious about embracing too much digital instruction.

“I’m not going to force anybody to do more blended learning,” said Scott Clayton, the principal of Scofield Magnet Middle School in Stamford, Conn. “Most children have a device or a cellphone. And now we’re putting a Chromebook in front of them or a laptop. It’s increasing screen time.”

Yet as teachers’ level of interest in, and use of, blended learning has risen, districts and schools are making it a higher priority for professional development. More than half of the district leaders and principals who said they were planning to offer some remote instruction next school year in a survey by the EdWeek Research Center this summer—58 percent—said they plan to offer training on the strategy. That’s compared with just over 30 percent who said they were likely to work with teachers on remote instruction or teaching kids in-person and online simultaneously (so-called concurrent teaching), the next most popular approaches.

“Demand on our end has been explosive,” said Kareem Farah, the chief executive officer for the Modern Classroom Project, a nonprofit that works with educators on blended, self-paced, mastery-based instruction.

The organization has trained 2,300 teachers through a virtual mentoring program, which was at capacity last school year. And a free online course on blended learning launched at the start of the pandemic went from 500 users initially to 30,000.

But despite an influx of federal funding that can be used for professional development, there are logistical challenges to getting teachers hooked up with blended learning training. The San Marcos School district, for instance, is running up against a nationwide substitute teacher shortage, making it difficult to find time to get teachers out of the classroom for training.

And for some teachers, there’s a big temptation to revert back to traditional instruction.

“The initial shift is kind of almost been like, ‘We want to go back to exactly what we were doing before’,” said Justin Cutts, the principal of Whitney High School in Rocklin, Calif. “Which is, to me, a little bit of a disappointment. We had the math department burn through, like, 12 [packages] of paper in the first two weeks of school. How did we go [through] the last year and a half, and now we’re gonna go back to breaking copiers again?”

Blended learning for acceleration and remediation

There has been significant concern among educators and policymakers about students falling behind academically due to the pandemic. Half of teachers said their students were behind where they would be in a typical year, according to a survey of 1,042 teachers conducted this spring by the Clayton Christensen Institute, a nonprofit research organization that promotes innovation in education and other fields.

It’s unclear how much of a role technology can play in helping students regain their academic footing, through either acceleration or remediation, at least during class time.

School and district leaders surveyed by the EdWeek Research Center this summer were most likely to say their students would be able to use online tools for acceleration and remediation at home more frequently than before. Less popular: Offering intensive tutoring that incorporates digital tools more often than in the past.

About another quarter of district and school leaders surveyed aren’t planning to use blended learning at all to help accelerate instruction, or for remediation.

Some districts are trying a multipronged approach.

California’s Whitney High School is having some of its students catch up using a mix of software, courses specifically geared toward helping students who are behind in either math or language arts, and even smaller classes to help students who have failed multiple subjects.

While the district has used “bits of pieces of this system,” it has never been as comprehensive as it is this school year,” said Cutts, the principal.

But some schools are taking a more-cautious approach to blended learning.

For instance, even though he and his school have embraced the use of technology for teaching and learning, Clayton, the principal from Connecticut, doesn’t think it’s necessarily the best strategy for making sure that students have the background information they need to access grade-level content.

“If anything instructionally will shift, it’s this move toward an acceleration model of learning, which is not about technology,” he said, referring to the practice of refreshing students on just the learning they need to access grade-level content. “That’s about instructional practices. It’s about teachers not relying on remedial instruction because they feel as if students have somehow lost learning over the [last] year.”

Teachers are now more likely these days to try out an intensive form of blended learning—the so-called flipped classroom—in which students cover class content online at home and in-person instruction is used for discussions, projects, and practice, the Christensen Institute survey found.

Eighteen percent of teachers said they were planning to use the model after the pandemic, compared with 12 percent who said they used it before the pandemic.

For instance, last school year, when most schools were using hybrid instructional approaches, some 5th grade teachers at Winchester Trail Elementary School in Canal Winchester, Ohio, began to shift to a flipped model. The principal, Max Lallathin, who encouraged teachers to give the arrangement a shot, is hoping to see it used in his school more often this school year.

But despite all the trends showing teachers’ technology skills rising and increasing use of blended learning approaches, some educators worry about backsliding this school year.

“My biggest fear was that we’d go back to business as usual this [school] year, and that teachers would stop using some of the technology” that they mastered during the pandemic, Casperson said. “And I think that’s a fear of pretty much every ed-tech director that I’ve talked to.” 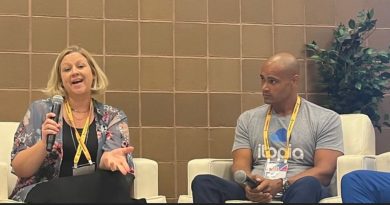 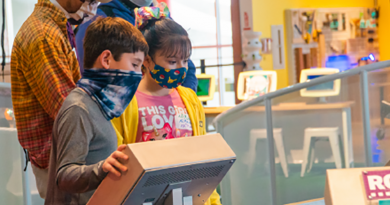 As the Pandemic Continues to Roar Through Texas, Museums Double Down on Connecting Kids to Science 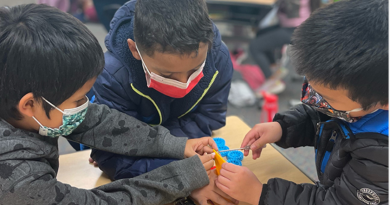