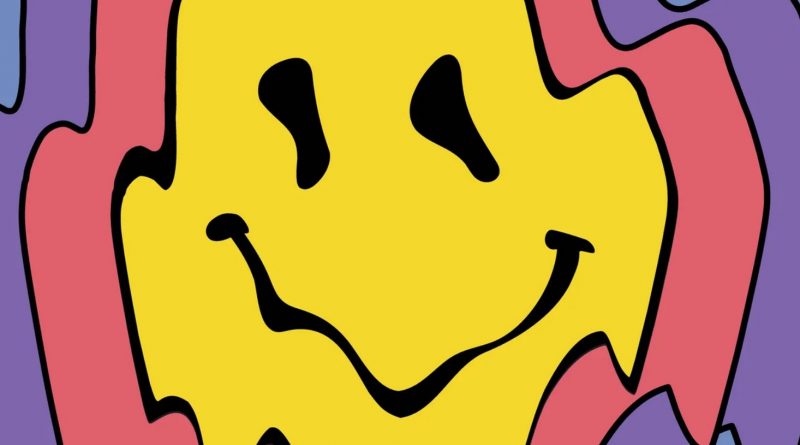 Several years ago, during her first year teaching at a new school, Rachel cried a lot. Under the thumb of a relentlessly upbeat administrator, Rachel, an educator, and librarian in New Jersey, was pressed to be happy all the time. Along with masking her emotions, she learned to swallow her opinions too.

Colleagues nodded sympathetically and suggested she go along to get along. The advice kept her employed and got her through a tough year. But it did nothing to quiet the upset she felt.

“I don’t say to my coworkers, ‘I struggle with anxiety and depression,’” says Rachel, who asked to be referred to only by her first name to candidly discuss her mental health experiences. “I don’t want to get up a lot of mornings, and I can’t tell you how often I wake up panicked and think, ‘Should I call out today? I don’t feel mentally or emotionally prepared to go into work right now.’”

Later, Rachel discovered the sort of forced cheerfulness she was experiencing from her administrator had a name: toxic positivity. In a sense, it’s a kind of philosophy of denial, where nothing is ever really going wrong, and where the power of positive thinking can be used to invalidate any criticism or concern, no matter how legitimate. And if you listen to social media, where teachers often express themselves freely and anonymously, Rachel is far from alone.

Everything Is Not OK

There is a certain TED Talk that teachers on social media sometimes reach for to describe the toxic positivity mentality. It’s the late Rita Pierson’s iconic “Every kid needs a champion” talk from 2013, which is often played or referenced wherever teachers gather. In it, Pierson repeatedly stresses the essential value of forming strong bonds with students, and at one point says that kids don’t learn from people they don’t like.

Untrue, say teachers on Reddit and Twitter, and unrealistic. Not every student and teacher will get along, and not every middle or high school teacher will be able to befriend each of their students. Still, under these imperfect conditions learning takes place. But in a talk like Pierson’s, this reality is briefly acknowledged and brushed aside. There is only room for positivity and the guilt that teachers infer from it. They are never enough unless they are perfect.

On the vast ocean of the internet, there are many definitions of toxic positivity floating around, all of which amount to the same thing, really: too much cheerfulness can be bad because it leaves no room for appropriate negative emotions like sadness, anxiousness, or frustration. Like an insincere platitude, it is used to end a conversation, even when the other party would rather talk it out. The Harvard psychologist Susan David once referred to it as “a tyranny of positivity.”

Earlier this year, in a podcast conversation with empathy researcher Brené Brown, David explained that when those around us dismiss negative thoughts and emotions to focus solely on positive ones, they’re “not living in the world as it is,” but rather “in the world as [they] wish it would be.” When others ask us to concentrate only on positivity, she added, “they’re really saying, ‘My comfort is more important than your reality.’”

Toxic positivity is obviously frustrating, but it’s also harmful—even to those who genuinely believe in it. Research has shown, for instance, that bottling up emotions can lead to stress, depression and anxiety, impacting both mental and long-term physical health. In the 1990s, psychologist James Pennebaker’s studies linked repressed emotions with suppressed body immunity and found that releasing those emotions can boost our body’s immune system. A separate study has actually linked such repression to increased aggression.

Yet schools, which exist to educate and take care of kids, are especially fertile ground for this type of everything-is-fine thinking. Frequently, excessive upbeatness isn’t used to lift spirits the way a motivational poster might, but rather as a tool of control and conformity.

Selena Carrión, a high school English teacher in Bronx, N.Y., says she often hears somewhat insidious phrases like “everything is for the children” and “it’s really not about us” used to glaze over systemic education issues like equity gaps, racism, poverty and bureaucracy.

“It’s like toxic positivity becomes a mask to avoid talking about those heavy-hitting issues that might make people feel uncomfortable,” she says. “If we’re only happy enough in school, if we’re kind enough to our colleagues and principals, if we’re just good teachers, it’ll make up for all of those things. And that’s not really the case at all.”

It’s common for administrators to push this line of thinking on teachers, adds Carrión. Teachers, after all, may feel an obligation to put up with it. The worrying thing is that, as far as keeping problematic issues quiet, it works. Teachers adopt this mindset and weaponize it against colleagues, particularly ones with unpopular opinions, reframing things on their own terms.

“It’s important to be positive and supportive and hopeful and joyful,” she clarifies. “But that’s not the same as pretending everything is OK. In fact, that type of silence is being complicit in the larger issues.”

But still, teachers learn to feel guilty for raising any issues at all.

Sterile and impersonal schoolwide emails encouraging positivity and self-care are an effective vehicle for this type of messaging. So are restrictive school policies and staff training sessions, where speakers can preach to captive audiences about the power of positive thinking. The result is that toxic positivity gets a kind of imprint of legitimacy. It becomes systemic, which demoralizes teachers and makes the problem even harder to fight.

In some schools, it’s even baked into the curriculum, meaning students are exposed to it too, particularly when it comes under the guise of social-emotional learning, a term that refers to a set of related skills and behaviors that often include things like goal setting, emotional regulation and building healthy relationships. In the past, Carrión has seen chin-up style toxic positivity packaged for students as part of character development courses. “I don’t think students are realizing that’s what’s happening,” she says. “But essentially that’s what’s being messaged to them.”

Fixing toxic positivity isn’t easy, but it’s not impossible either. When administrators and other educators push it on their co-workers, it can be an isolating experience due to the power imbalance. Rachel, the New Jersey teacher-librarian, admitted she would have a hard time “approaching administration to say, ‘What you said made me feel really uncomfortable.’”

But Carrión has a different solution. When teachers talk with other teachers one-on-one about toxic positivity, it can remove the stigma and guilt associated with criticism. It can even galvanize staff to address it collectively, perhaps in the context of staff training or grating school policies.

“That’s been a huge game-changer because then everyone realizes that this isn’t just a ‘me’ problem. This is a problem with leadership,” Carrión explains.

There is also the idea that the difficulties caused by the pandemic may lead to an opportunity for change. Make no mistake, toxic positivity was rife over the past two years. But with so many attendant horrors and catastrophes competing for attention, something interesting happened: more educators began speaking out about problems that couldn’t be simply hand-waved away. Self-care and mental health became mainstream conversations in virtually every workplace, and schools were left to deal with sinking morale among educators. The upshot is that it may have led to greater self-awareness—at least among the well-intentioned.

As teachers became more comfortable (or accustomed to) sharing difficult or negative feelings associated with the stress of the pandemic, some who were not as burnt out or stressed as their colleagues began to self-censor their positivity, according to Laura Sokal, a researcher at the University of Winnipeg who has conducted numerous teacher surveys in Canada over the past 18 months.

“There were teachers who were toxically positive and didn’t have that self-awareness,” Sokol says of the educators her team encountered. “And then there were other teachers who were silent because they realized that saying that they were OK was going to be detrimental to the people they were talking to. They recognized, ‘Yes, we’re in different boats, and this isn’t helpful for me to say this to you. But also I can’t say I feel the same way because it’s not truthful.’”

That can be problematic for a number of reasons, not least because repressing any emotion, even out of compassion, is still harmful. But, Sokal believes it also sets up a false dichotomy between pathology—in the sense that we are living through an unprecedented time of challenges—and toxic positivity when there is an alternative educator can be steered toward healthy positivity. In other words, optimism.

Positivity is not the same as toxic positivity, of course. It is possible to acknowledge that problems exist and deserve time and attention while remaining personally upbeat about things. It can be healthy too. Some studies Sokal has cited suggest that in traumatic situations, a positive outlook can make a difference in whether a person develops post-traumatic stress disorder. Yet she also cites the Canadian psychiatrist Stan Kutcher who notes that developing resilience is only possible through confronting and experiencing negative emotions. Dealing with those emotions head-on is essential for working through challenges and adapting for the future.

What’s left is a healthy balance. In her 2017 TED Talk, Susan David, the Harvard psychologist, took another stand against toxic positivity, but also against toxic negativity and toxic rigidity. “If there’s one common feature of brooding, bottling, or false positivity, it’s this: they are all rigid responses,” she said.

Instead, she’s coined a concept she calls “emotional agility,” where we label and process complex emotions methodically. “When we label our emotions accurately, we are more able to discern the precise cause of our feelings, and what scientists call the ‘readiness potential’ in our brain is activated, allowing us to take concrete steps.”

Finding that perfect mix of realism and optimism is difficult to work, especially for educators conditioned to always appear as willing martyrs or good role models for their students. But confronting problems and negative emotions directly is often the only way to solve real problems. It might not be as infectious or as easy to sound bite as toxic positivity, but it has at least one distinct advantage: It works.

“When really strong educators are able to find that balance, that’s when the change actually starts to happen,” Carrión says. “You’re actually addressing the root, and you’re doing it in a way that makes people feel like things can change. There is a light at the end of the tunnel.” 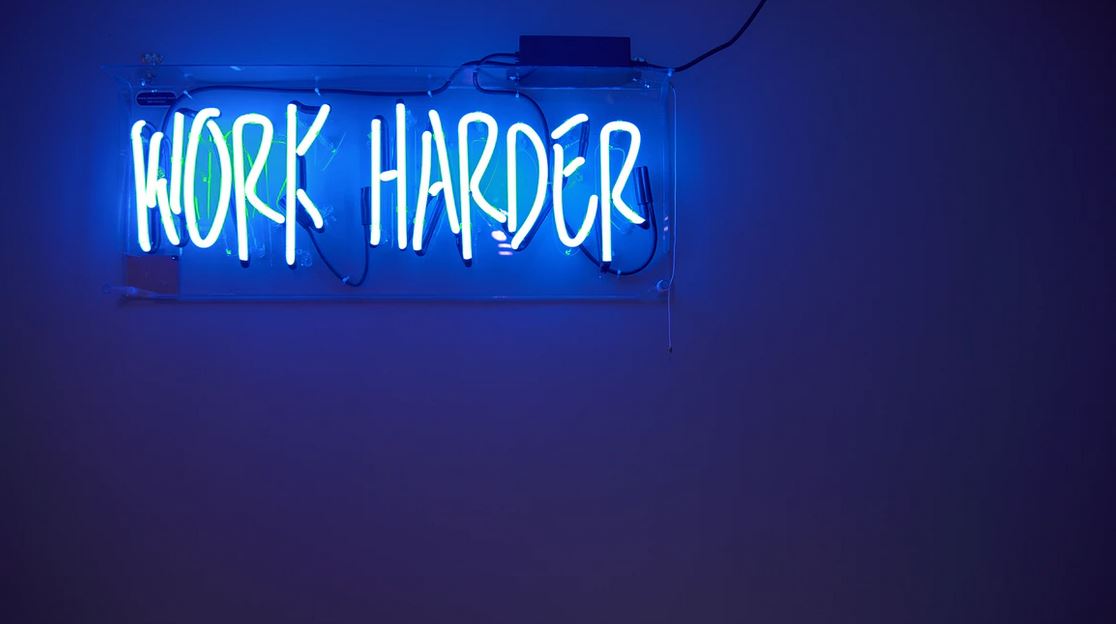 These tips will make your virtual event a home run 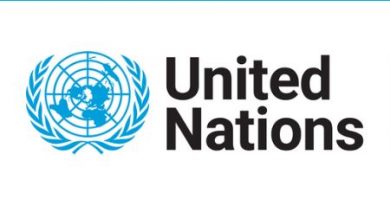