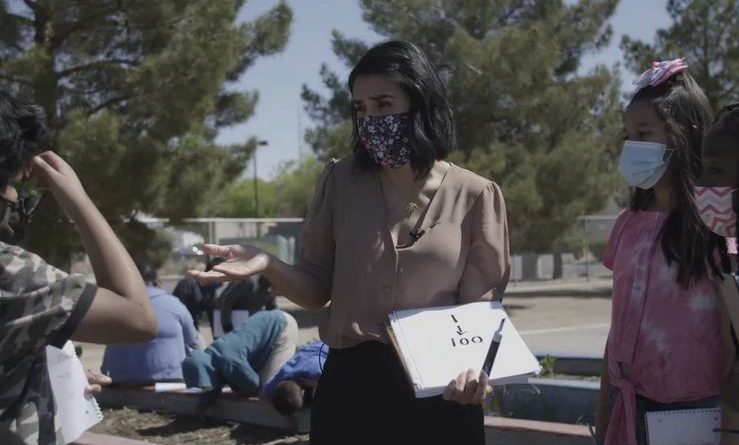 Some parts of Juliana Urtubey’s year will be familiar to teachers across the country. Her school was all-virtual until February, and she didn’t get to meet most of her students in person until March.

When she did, the moment was overwhelming.

“After a year like this year, watching kids walk down the hallway for the first time made me very emotional,” said Urtubey, who teaches students with disabilities at Kermit R. Booker, Sr. Elementary School in Las Vegas, Nevada. “It reminded me why we had all the sleepless nights — why our hours were all funny and I was teaching resource class at 7 p.m. sometimes.”

Urtubey’s year is ending in a more singular way. She was named the National Teacher of the Year on Thursday, recognized in part for her work building, overseeing, and teaching in a school garden that grew into an outdoor classroom, and for connecting deeply with her students, many of whom come from immigrant families. Winners are typically honored at the White House, though the ceremony has been postponed for now.

Chalkbeat spoke to Urtubey about how she used that garden to teach math, the toughest parts of pandemic-era education, and how schools can make themselves more welcoming spaces for parents who are learning English.

This conversation has been lightly edited for space and clarity.

What did school look like for you and your students this year? What challenges did you face teaching during the pandemic?

I think that this year helped remind us that our impact as educators is only as strong as our connection and commitment to families.

We were remote until February. Then we took a hybrid approach. And then in early March, we welcomed all our students back on campus five days a week that were comfortable coming back. I cried, I was so happy. I’m at a new school this year, so a lot of my students, I had met them virtually but I had never met them in person.

We still have about 20-25% of our students in a remote cohort. But I’m full-time, five days a week, with little people.

You mentioned teaching at 7 p.m. — what was going on then?

It was toward the end of last school year. As a resource teacher, I have certain services that my students need. And this was before our state pulled together private and public resources to get every student a laptop and Wi-Fi. There were families where their only technology access was a cell phone, and the student had access to that cell phone once a family member got home from work. So we did phone tutoring and classes whenever we could.

How did the school garden at your last school come to be? What is a favorite lesson that’s allowed you to use the garden?

When we started, my former principal and I were just looking at an unused grass area of the school. We were talking about how it was important to beautify the school, as it was an older school. She said, ‘Hey, there’s this grant that might be available to build a small garden. Are you interested?’ I didn’t even think about it and said yes. Years later, here we are.

In terms of using garden science to teach, I think the most powerful lesson was having my students look for patterns in the garden and associating that with multiplication. Skip counting, multiples — it makes sense to students.

I had a student who had a long-term memory issue, and that’s how he learned to multiply. He noticed strawberries have three leaves, and he skip-counted by three to figure out how many leaves in all. That just symbolized the power of the garden. It centers the student and centers their interests, and they’re not intimidated.

Students who displayed off-task behaviors — when they’re in a garden, they’re grounded, pun intended. I had students who had severe behavior challenges in the classroom, and in the garden they were calmer and open to learning. It changes any human being if you’re in nature, especially if you’re caring for it.

You wrote in your application, “Like many of my students, I am first-generation, Latinx, and bilingual.” How did those connections to your students affect how you approach your work?

I know firsthand what it’s like to be in a country that is new to you, and to have barriers to access in terms of language. Kids who are learning English as a second language, I call them linguistically gifted. I think anyone who speaks a language other than their most commonly spoken language is offering us a gift.

I have a very strong bond with my mother. She always encouraged us to advocate for ourselves and I always saw her advocating for me. She was a lawyer in Colombia, and had a linguistics degree, and was very confident in her rights. But a lot of my students, their families don’t have that privilege. And I just don’t believe that parents should have to fight for a quality, humanizing education for their children. It should be afforded them in their neighborhood, in every school across our country.

The most important thing is having time for engagement. Like any relationship, you have to build in the time to get to know each other — to have casual conversations, to show interest in that person, to remember details about their lives, to be there for the struggles as much as the celebrations. When we’re talking about first-generation families, they’re handing us their children, their reason for sacrificing what they have to get here. We have to show them how much of an honor that is to us.

The second thing that’s really critical is for schools to do self-assessments about how inviting, welcoming, and inclusive their spaces are. If I’m a Spanish-speaking parent who doesn’t feel I have the right to assert my will at school or my authority or voice my concerns, and I walk into an office and there is nothing that speaks to me in my native language — I’m not saying everyone needs to learn Spanish, or the languages in that community. But we can make the effort to communicate that this is a safe space, we’re so glad you’re here, and we’re welcoming you with open arms. 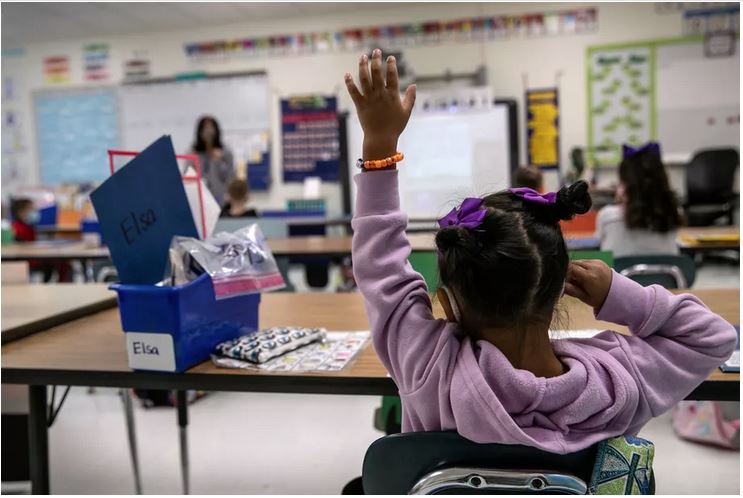 Teaching in-person and virtual students at once? It’s an instructional nightmare, some educators say 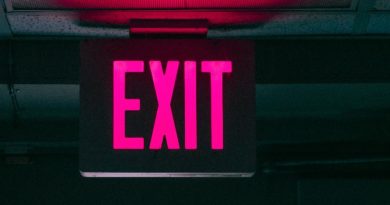