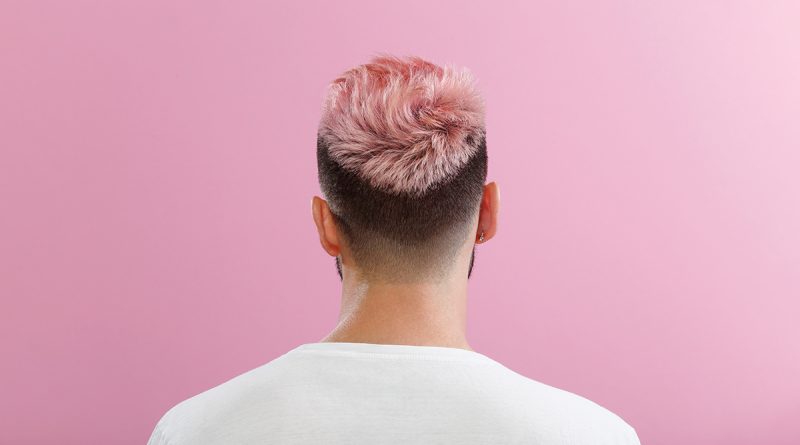 Last February, I wrote about the phenomenon of how younger audiences are leaving many public-facing social platforms and flocking to smaller, more intimate online destinations. I called these “digital campfires” and identified three reasons audiences were gathering there: to private message one another, to connect to a micro-community, or to participate in a shared experience.

It’s no accident that many digital campfires are either games or platforms that began as gathering places for gamers. Gaming has spilled over into the broader culture in recent years. Today, “gaming” is not just for “gamers” — it represents a new paradigm for interacting online.

In the span of a year, digital campfires have become a force defining how Gen Z audiences connect and how they experience and shape the culture at large. For that reason, marketers can no longer afford to ignore them.

But figuring out how to navigate digital campfires can be overwhelming. Many of these platforms are relatively new, have different rules of engagement than traditional social platforms, and varying levels of sophistication and readiness to support brand integrations. Often no clear rules exist on the platforms for creating branded content or experiences that will resonate with their audiences.

To help demystify how these platforms work, I’ve created a guide to the key digital campfires where Zs are congregating and offered examples of creative ways brands can have a presence on the platforms.

This massive gaming platform — and shared experience campfire — has 350 million accounts. It’s December 2020 season-end event had a record 15.3 million concurrent players, with an additional 3.4 million people watching the event on YouTube and Twitch. While the company doesn’t share demographic data, Head of Global Partnerships for Epic Games (Fortnite’s parent company) Nate Nanzer says that “age 14 to 24 is our core.”

Fortnite is a pioneer in the world of branded integrations. Most partnerships are extremely selective and high-touch, and they take place within the platform’s primary mode, called Battle Royale. Marvel and Nike, for example, have debuted custom skins (stylized outfits for players’ in-game avatars) and limited-edition product drops inside the game. In January, Fortnite collaborated with football (a.k.a. soccer) clubs from around the world to offer players shoppable custom skins from one of 23 international teams, the ability for avatars to “emote” (for example, to mimic Brazilian player Pelé’s signature “air punch” goal celebration), and prizes for participation in a special tournament.

Brands can also engage users in Creative Mode, fast-growing gameplay where players can build custom islands and invite friends to hang out. For example, eSports company 100 Thieves recreated its Los Angeles headquarters down to the last detail and offered players the opportunity to complete quests, unearth hidden “Easter eggs,” and photograph themselves visiting the compound in exchange for Fortnite gear. Developing more opportunities for brands to direct and build bespoke experiences within Creative Mode is where the company aspires to go over time, says Nanzer.

With 37 million daily active users and 20 million multiplayer games and experiences, Roblox, launched in 2004, has quietly become a powerhouse shared experience campfire. More than two-thirds of all 9 to 12-year-olds in the U.S. play Roblox. Thanks to a trove of relatively easy-to-use creation tools, many of the games are created by first-time tinkerers, including kids, who then invite their friends to play, according to Tami Bhaumik, vice president of marketing and digital civility. That said, the platform is also drawing in older (read: millennial) users. “We’re naturally aging up as our platform continues to evolve,” says Bhaumik.

Roblox allows some brands to create their own games and experiences on the platform. For example, Warner Bros. and DC Comics created a Wonder Woman game this past summer. Players could use Robux, the platform’s digital currency, to buy Wonder Woman accessories for their avatars. In December, YouTube superstar Ryan Kaji launched his own virtual world on Roblox, offering merch for sale. (In 2020, Roblox users shelled out $1.9 billion on Robux, up 171% from 2019.)

Bhaumik anticipates 2021 will be a year of testing and scaling many such partnerships. To date, Roblox has “turned more brands away than you can imagine,” she says, adding that her team decides which brands to allow on the platform by surveying members of the community. The most important factor, says Bhaumik, is for brands to create a natural integrated experience that doesn’t make users feel as if they’re being advertised to. “Gen Z-ers are so smart,” she says. “They don’t have tolerance for what they see as cumbersome or inauthentic experience.”

Discord launched in 2015 primarily as a hub for gamers to connect via text, voice, and video messaging. As of December 2020, it has 140 million monthly active users, and 70% of active users report they either use the platform mainly for non-gaming purposes or equally for gaming and other purposes. Popular non-gaming categories on Discord include cooking, street style, and beauty.

Discord is a classic micro-community campfire: Anyone can join, but you need an invite to connect with specific communities, known as “servers.” According to Chief Marketing Officer Tesa Aragones, most Discord servers host fewer than 200 people, which creates a feeling of intimacy and mimics how Gen Z wants to connect today. “You actually have the feeling of being around [real] people,” she says.

Discord does not support advertising. Brands typically show up on the platform by creating their own dedicated servers, as in the case with the NBA’s Sacramento Kings, which hosts live Q&As with players, broadcast personalities, and executives. It is also experimenting with some brand integrations: For example, users can connect their Discord and Spotify accounts, enabling them to see what their friends are listening to or to listen to music together. Discord does not yet provide data or metrics on these types of brand collaborations, but Aragones sees them as a huge opportunity and says plans are afoot to do more.

Launched in 2011 and acquired by Amazon in 2014, Twitch initially became popular as a platform where gamers could earn money and amass followings by live-streaming their own gameplay. Since the onset of the pandemic, the platform has seen a massive surge in overall use, especially in categories solidly outside of gaming, such as music, beauty, fitness, and cooking. It has more than 7 million unique creators streaming each month and more than 30 million daily visitors, who spend an average of 29 minutes per session on the platform. Much of Twitch’s audience falls squarely within the Gen Z demo: 21% are 13 to 17, and nearly half are 18 to 34. Users often return three or more times a day to consume and interact, says Sarah Iooss, head of sales for the Americas.

The most successful brands on Twitch “meet this audience where they are,” says Iooss. They match the “quirky, funny tone and types of content” on the platform.

For example, in July 2020, Charmin toilet paper created a Deuce Destroyer game, a Duck Hunt-meets-Space-Invaders experience where users shoot down flying piles of poop. Those who racked up the most points won Bits, Twitch’s virtual good used to support streamers.

Later last year, Pizza Hut debuted a weeks-long Friday Night Bites series which brought pro gamers and influencers together to compete against each other in games and pizza-themed challenges. “[W]e strived to create an elevated gaming experience that would create valuable connections and show that great gaming moments happen over a slice of Pizza Hut pizza,” explains Kari Kowalski, Pizza Hut’s head of media. “Knowing this, we chose Twitch because of their dominant Gen Z and Millennial presence who consume content across gaming and lifestyle verticals.” Each episode attracted more than 1 million live viewers, resulting in more than 5.4 million total views and more than 26 million minutes watched.

When it comes to platforms with rabid Gen Z followings, it’s impossible not to talk about TikTok. With 100 million monthly active users in the U.S. alone, TikTok is home to countless hyper-specific subcultures reflective of every conceivable interest, activity, and trend. Once a user demonstrates their preference for content from any of these communities, TikTok’s algorithm will serve up more of that content. The result: The platform functions as an umbrella for countless micro-community campfires.

Gen Z fueled TikTok’s rapid growth, and that cohort has grown tremendously, particularly over the last year, says Katie Riccio Puris, managing director, global head of business marketing. While TikTok attracted older users during the lockdown, Gen Z dominates and drives trends on TikTok and “will always be critical to who we are,” says Puris.

Although platforms such as Instagram first blurred the lines between branded and non-branded content, TikTok has pushed that trend further. Branded content on the platform is often indistinguishable from that created by the average user.

Brands, for example, have spearheaded some of TikTok’s most widely viewed hashtag challenges, resulting in a flurry of what are essentially user-generated commercials, even for brands that don’t naturally appeal to young audiences. Case in point: mid-pandemic, Simmons, the 150-year-old mattress brand, launched #snoozzzapalooza, a hashtag challenge in which it asked TikTok users to re-imagine their bed as a stage and “stage dive” onto it. More than a million people created videos with the hashtag, they received more than 6 billion views, and the brand saw a 104% increase in traffic to its website.

Users have welcomed brands in ways TikTok didn’t necessarily expect, says Puris, a trend she says was also largely driven by Gen Z. “Because we have created this space where people are very welcoming, it has created this openness for brands to do the same.” The outcome is that “the community really gets engaged with marketers.” Perhaps the most memorable example: Nathan “Dogface” Apodaca’s insanely viral TikTok — which featured the Idaho man skateboarding while drinking from a bottle of Ocean Spray cranberry juice — that spawned legions of copycats last year.

TikTok is exceedingly advertiser-friendly, offering brand support ranging from self-serve products like its creator marketplace, which connects brands with TikTok creators, to its Creative Lab teams, which help brands develop advertising creative bigger-scale campaigns. However, Puris says TikTok’s M.O. avoids being too prescriptive, especially when working with influencers. “There’s no formula,” she says. “Sometimes the most simple, original, five-second thing can move the needle.”

As I wrote last year, reaching Gen Z audiences on digital campfire platforms in ways that resonate is no easy task, especially when this cohort is fragmented across multiple digital campfires.

But just as it has become a must for brands to develop a presence on social networks, so too is building an audience on digital campfire platforms. Brands willing to experiment in creative ways on these platforms have a real opportunity to cultivate a relationship that will pay dividends for years to come. 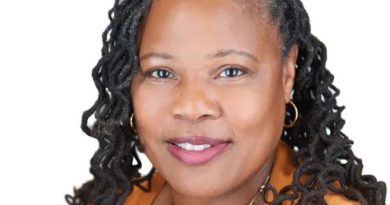 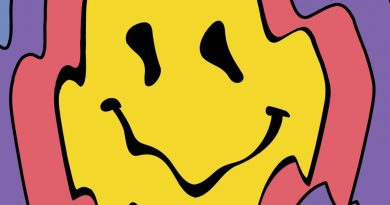