Preparing for a major exam—one that you paid and studied months for—is stressful enough. On the big day, it’s all you can muster to calm your nerves, breath, think, and focus.

Until, finally, you’re finished. Relief. Or so you thought. As you submit your work, you get an error message saying that your responses didn’t go through. And the only recourse is that you get to retake the test, with different questions, a month later.

Such is the disappointment and frustration that many students—and their parents—are sharing across social media, after learning that their submissions for the online Advanced Placement exams, happening this week, were not accepted due to technical difficulties.

Mita, the mother of a high-school student at a small private school in the San Francisco Bay Area, said her daughter was “very distraught and really upset and frustrated” when the test website froze and prevented her from submitting her responses in the allotted time. (She asked to not disclose her full name out of concern for her daughter’s privacy.)

Mita’s daughter was taking the AP Calculus BC test in the new online format, which the College Board first announced on March 20. The goal was to offer a shorter test that covered only materials taught through early March, in recognition of the disruption caused by school closures. All questions are free-response (no multiple choice) and can be taken online via a computer, tablet, or smartphone. There is also an option to submit photos of handwritten responses.

Several students contacted by EdSurge who took the AP Calculus exams opted for the paper-and-photo option, saying that working out complex problems, and writing the mathematical notations involved, was easier done on paper.

But this process also added steps that ultimately proved problematic for some students.

The calculus exam consisted of two mathematical problems. Students had 25 minutes to complete the first one. Those who opted to go the paper route then had five minutes to take photos of their work (often using their phones), send them to their computer, download them, and then upload the photos to the testing website. They would repeat these steps for the second question.

For Elise Mullen, a junior at Presentation High School in San Jose, Calif., submitting the photos proved to be almost as stressful as the test itself. The first time she uploaded her pictures, they disappeared. On her second attempt, “the screen was stuck on ‘processing’ and I had no idea if they went through,” she recalls. “I got really stressed.”

Fortunately, her responses went through. At the end of her AP Calculus BC exam, the website displayed the message: “Congratulations! Your AP Exam Is Complete.”

That was not the case for Mita’s daughter, who instead received the other, dispiriting notification: “We Did Not Receive Your Response(s).”

As a result, she, along with others who experienced issues uploading their responses, was directed to request to take a makeup test in June.

That’s hardly a consolation, as it means that students will need to extend their mental preparation and study for several more weeks. “Remote learning is hard enough, and this is just extra stress and burden on students,” says Mita. “How will they be motivated to take this test again? What’s the guarantee that this won’t happen again?”

“You can prepare as much as you want for the exam,” Mita adds. “But a technical glitch—there’s really nothing you can do about that.”

“The kids who are having the most problems are the ones who, for a variety of reasons, have been very unplugged from schools or teachers, and haven’t seen the list” of tech guidance that the College Board has released, says DoAmaral. “They’re not being reached.”

The technical issues affected only a small percentage of test-takers, according to The College Board. In a tweet sent Monday, it said that roughly 2 percent of the 50,000 students who took the AP Physics C: Mechanics exam had issues submitting their responses.

That’s still 1,000 test-takers. Among them is Krish Gupta, a junior at Castle High School in Newburgh, Ind. When he converted his photo into a PDF file and tried uploading it to the system, he received an error message that said “the file was too small,” he recalls. As a result, he could not submit and has applied to take the retest.

There are technicalities that might trip even tech-savvy adults. Leen Amro, a junior at Hutchison School in Memphis, Tenn., finished her AP Physics C: Mechanics exam, only to learn the next day that she submitted photos of her handwritten work in the wrong file format.

Default settings in new Apple iOS devices save photos as HEIC files, which Amro submitted. But in its FAQ, the College Board said these files would need to be converted as JPEGs. Amro contacted her college counselor to check with College Board officials about whether her responses went through. They are still waiting for confirmation. “The suspense is very uncomfortable,” she says.

The College Board did not directly respond to questions. It referred EdSurge to daily email updates on the progress of the AP exams. The note sent Wednesday acknowledged “the deep disappointment of students who were unable to complete their exam—whether for technical issues or other reasons. We’re working to understand these students’ unique circumstances in advance of the June makeup Exams.”

On Tuesday, The College Board said 99 percent of test-takers submitted their responses successfully. For those who didn’t, “we took a closer look and found that outdated browsers were a primary cause of these challenges.” The nonprofit organization has directed people to a troubleshooting web page and has been sharing tips about PDFs and other technical matters on social media posts.

Still, the issues stirred plenty of rancor from students for whom retaking the test is now the only option. Some asked whether they can send photos of their work directly to the organization, saying that they have timestamp information that can prove they completed the problem in time. One student started a Change.org petition asking The College Board to let students re-submit their already-completed work.

Trevor Packer, senior vice president for AP and instruction, told The Washington Post earlier this month that about 2.4 million students will take the exams from home this year.

This is not the first time that high-stakes online tests have been marred by technical issues. A few years ago, many states reported problems with administering Common Core tests. 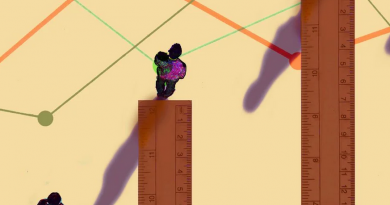 How to Design Better Tests, Based on the Research 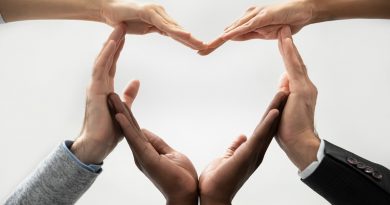 Are you Feeling the Love?