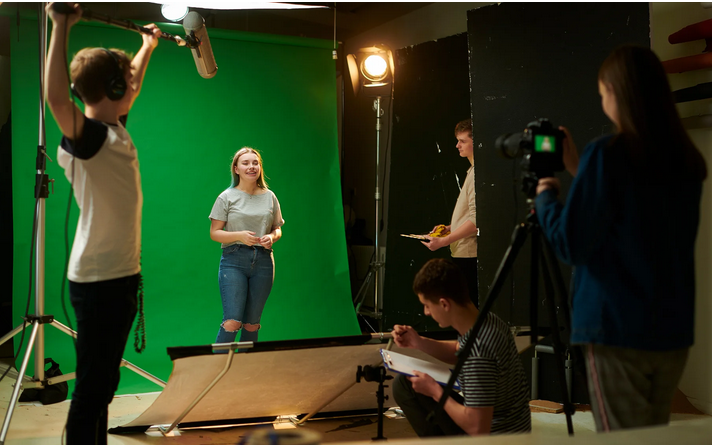 Using design thinking and no more equipment than a smartphone, students can begin to explore their world through film.

Students can use the film and editing tools available on their smartphones to become auteurs—artists with the vision to tell a personally meaningful visual story. When students tell their stories with film, they think of themselves as filmmakers. The art of filmmaking is more about storytelling than about technology.

To learn more, I spoke with Judea Franck, who teaches “Say It on Film” at Compass Community Collaborative School in northern Colorado. Aligned to middle school social studies and science standards, the class uses design thinking principles and filmmaking techniques to give students a voice on current issues, such as the state of the natural world, human rights, and recovery from the global pandemic. Today’s students can be taught how to tell stories with filmmaking techniques, becoming tomorrow’s Steven Spielberg, Ava DuVernay, or Ryan Coogler.

All film projects in the class have an overarching driving question, or an open-ended inquiry to guide student thinking. Judea Franck leads her students through three film projects. The first is straightforward: “How do we tell the story of who we are?” Students use this prompt to participate in an autobiographical video challenge. They share what they are passionate about and how they developed these passions using video.

Next, students work in small groups on a second film, prompted to tell a story of an inanimate object that sets out on a journey. The driving question here asks: “How do you help a story come to life via the medium of film?” At this point, students learn cinematography techniques and the language of film, including framing, close-ups, and montage. What kind of life comes to an inanimate object when you shoot above or below it? What happens if you use a dolly shot with a camera affixed to a track or wheeled across the floor? Franck notes, “through learning camera techniques, students were able to bring life to their inanimate objects.”

The final project asks students to unpack a social issue through the medium of film. A documentary or fictional film should be rooted in a narrative arc with a beginning, middle, and end. Film topics include living with anxiety, suicide prevention, LGBTQ+ rights and challenges, animal rights, coping with divorce, and alternative sports like skateboarding.

Using human-centered design thinking as an approach, each film begins with a problem statement. Next, opportunities for empathy are afforded as students interview people impacted by each issue. The research follows, where students define the scope and scale of the problem. Students then ideate by creating concept pitches, prototyping and testing their scripts in preproduction, and then revising based on feedback until production.

“The ability to package and present an idea is a skill in entrepreneurship and getting yourself into college and getting a job,” Franck says. This approach is similar to the “Pixar Pitch,” where directors get feedback as they pitch storyboards to creative peers. In classrooms, students can present ideas to small groups before principal photography or editing begins.

After viewing mentor films, students analyze and deconstruct the film’s message, a useful media literacy skill that transcends filmmaking. They then watch again, prompted to pay attention to techniques such as lighting, sound, and cuts. “We unpack that in class,” Franck says. “Then I ask, ‘What technique do you think you’d most need to use when constructing your own story?’” Journeys in Film provides age-appropriate, multidisciplinary lesson plans and discussion guides for films and documentaries that can help teachers integrate these lessons into the classroom.

Story arcs: Once they have an idea, students also learn how to construct a story arc for their films. Teachers can ask students to tell a sensory story following a specific plotline, such as a hero’s journey cycle, with a three-act structure. Through this process, students learn to break down their ideas into smaller units and then to author a script that shows rather than tells. Read-Write-Think provides plot-structure diagrams that can help students map their stories. Fabula is a nondigital and modular approach, a deck of cards where young writers collaborate to develop a hero’s-journey narrative. Students can also learn how to format scripts, including setting scenes and writing action.

The show, don’t tell: Movies are primarily a visual medium; thus, “Show, don’t tell” is the common adage among screenwriters and filmmakers. Russian playwright Anton Chekhov famously said, “Don’t tell me the moon is shining; show me the glint of light on broken glass.”

In order to prompt students to show rather than tell, teachers can ask, “What images can you generate so that audiences can see what you are saying?” Then ask students first to write a story using only sensory details rather than relying on exposition.

Editing: Editing enables filmmakers to tell a straightforward story for an audience using the language of film: shots of brief or long recorded clips. In classrooms (or in our pockets), digital apps like iMovie and the web-based, collaborative WeVideo can turn anyone into a filmmaker. Some teachers have students watch mentor films and take notes on the number of edits, the kinds of edits, and the pacing. For an extensive list of school-friendly film and video editing tools, check out this list curated by Common Sense Education.

Sharing with a broader audience: As movies are made to be publicly exhibited outside of the classroom, some of the final projects are entered into local film festivals. Canva is an excellent source for movie poster templates, which students can use to create their own advertisements. Students can create film trailers using iMovie templates. In addition to local film festivals, students can share films online. Consider YouTube or Vimeo to create a playlist of student films. Films can be screened at school with peers and family members, with the posters and trailers leading to a schoolwide movie night. Don’t forget the popcorn!

How we moved professional learning to virtual facilitation 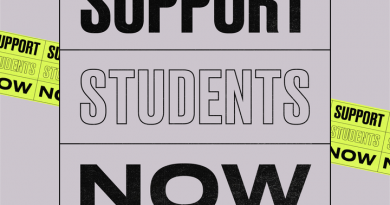 Students Are In Financial Crisis. Who Will Save Their Future?

Bitmoji Classrooms: Why Teachers Are Buzzing About Them