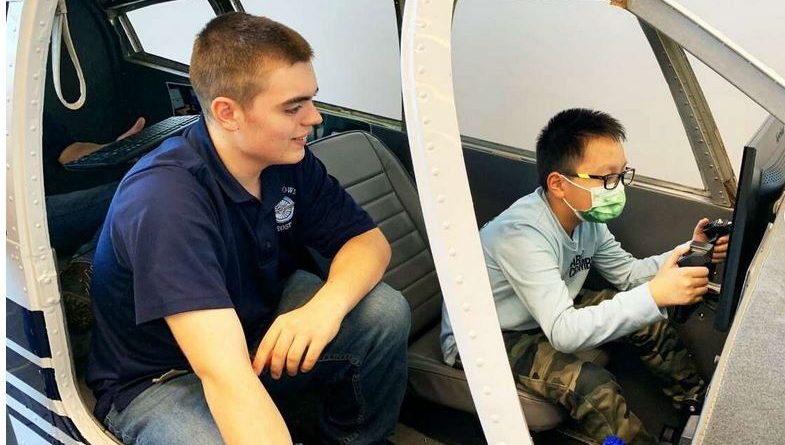 MIDDLETOWN — The city’s school district expanded its aerospace programming on Tuesday with the delivery of a flight simulator built by high school students to its new spot in Beman Middle School’s innovation center.

It will allow middle schoolers interested in the field to consider joining the program.

Middletown High School offers three courses for students to be introduced to the aerospace industry, with classes ranging from drone piloting to aircraft manufacturing. Through these sessions, many students gain experience and earn real credentials for a future in the industry.

Educator Paul Pelletier is the founder of the aerospace manufacturing program at the high school. He said the goal, and part of the reason to expand it to the middle school, is to equip students with tools to set themselves up for a future career.

Several high schoolers spanning all grade levels visited the middle school to introduce younger students to the new technology. Some of their personal stories reflect the efforts of Pelletier and the aerospace program.

Sophomore Seth Varrato is an aspiring pilot, who, through coursework at the high school, was able to earn his FAA-certified drone pilot’s license.

“I don’t remember what my score was, but I passed,” Varrato said. “It shows I’m knowledgeable of what the FAA says is okay to do and not to do.”

It also means he can now get paid to fly drones commercially, Pelletier said.

Junior Doris Biney said the courses have helped her realize her ambition to potentially become a pilot in the future. “I first started aerospace with the plan of going into machine technology, but the experience has led me more towards the aviation aspect,” Biney said.

Daniella Ikonn, also a junior, enjoyed the aerospace courses she took in the past, but wasn’t able to fit one in her schedule this year. Despite that, she still spends her free time in the aerospace and manufacturing center at Middletown High School because she understands the potential it holds for her.

“I go there during my study hall to take part,” Ikonn said. “That sets me up for the best situation for a future in aerospace.”

Ikonn and Biney are among several students who have earned real industry credentials including a National Incident Management System certification.

Part of their coursework this year involved building a flight simulator out of an old Piper PA-28 Cherokee airplane.

Students spent over a year taking off excess parts, cleaning it inside and out, and fitting it with new controls to run a flight simulator.

“The kids had to problem solve and figure out how to incorporate the technology onto an older aircraft,” Pelletier said.

Nicole Grabinski, a senior who will be attending Rensselaer Polytechnic Institute next year, helped with the final stage of adjusting the controls.

“We had the programming in there all messed up until she went in,” Pelletier said.

“It was just really fun to work on,” Grabinski said.

Innovation Coordinator Erin Scholes expressed her excitement at the new opportunity the simulator will provide for students.

“It will really give them an opportunity to expose themselves early,” Scholes said. “Our hope is to prepare them to be more ready for high school and beyond.”

Freshman James Wilson helped one middle-schooler after another try out the simulator. “It makes you feel like you’re in an actual plane,” he said. “It’s so great for the first-timer.”

Pelletier said that spots are still open for any high school students interested in taking aerospace courses next year. Students in grades eight through 12 are eligible to sign up for summer workshops. 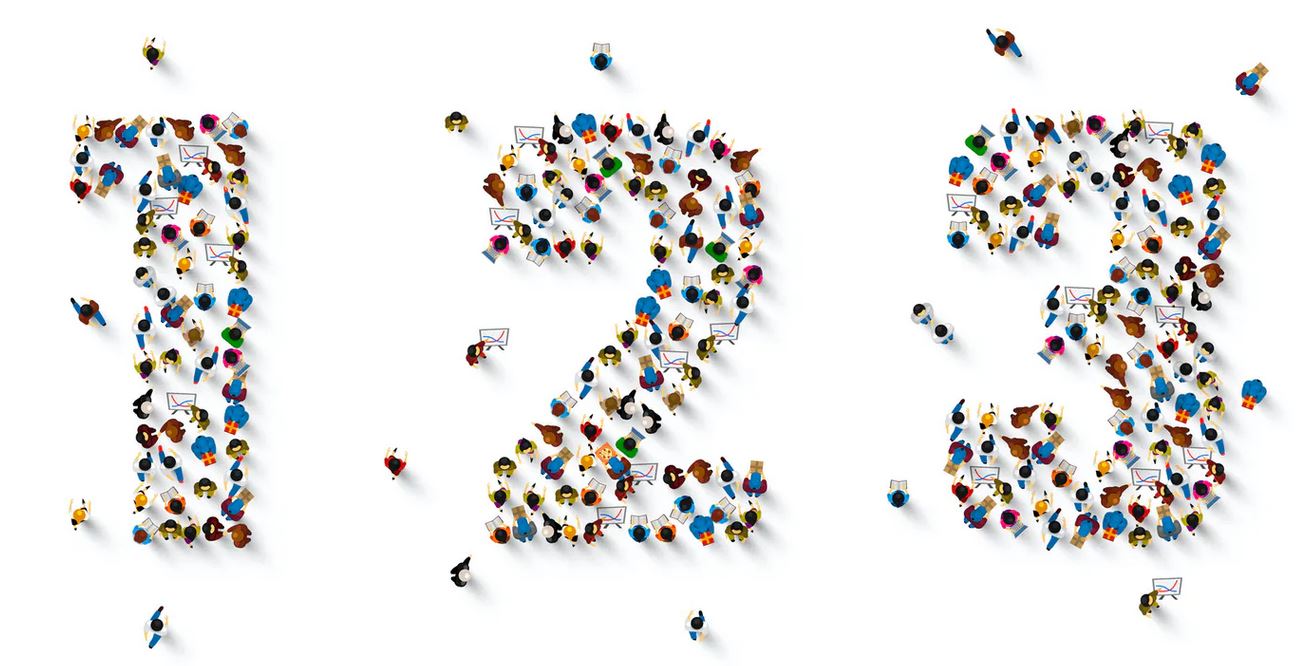 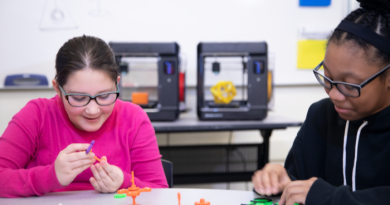