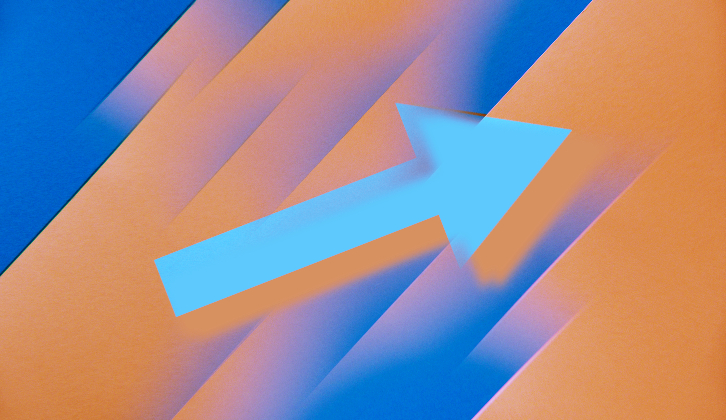 I grew up around cowboys and horses in Wyoming; phrases like “country hick” and “hee-haw” were thrown out to remind me that I wasn’t as sophisticated or bright as my urban counterparts. I didn’t need their insults to point out that, because of my upbringing and circumstances, I was different.

I suspect that I’m not the only one who has felt the sting of prejudice and stereotype and been left wondering 1) whether they were true, and 2) how to move beyond them. I would be lying if I didn’t admit that I, too, wondered how to wade through those troubled waters and come out stronger on the other side.

It wasn’t until I was an adult that I began to appreciate how life on a remote cattle ranch had prepared me for success in life. I learned about nature, how to work with my hands, how to spend long periods in harsh winter storms and go to university against the odds.

I understood the true meaning of “self-made.” I was unspoiled and un-entitled, which also meant that I saw myself as less precious than many of my peers.

This turned into a tremendous advantage as I navigated my way through a career as an FBI agent, and later, as a writer and artist. But here is the thing: We all have experiences that make us unique and different.

Sure, some stories sound better than others but the most practical, and easiest way for you to find success in troubled times, is to take ownership of the experiences that created who you are today. Excavate the significance of your own stories because no one knows them better than you.

When troubled times hit us, we can do one of two things:

Here are four practical and easy ways to find success in these troubled times.

1. Design a future that works for you

Tough times require us to think about who we are right now and who we want to be in the future. Too many of us deny our potential because we are afraid to let go of the present, regardless of whether our current path is taking us where we want to go.

It’s been said that knowing others gives us knowledge, while knowing ourselves gives us wisdom. True success in troubled times comes from knowing ourselves well enough to design our future rather than take the easy path or one that others have laid down for us.

What could our future self look like? Would we be the remnants of entitled people who stand around, wring our hands and complain to whoever will listen? Or would we make the sacrifices needed to improve in the future?

It’s no coincidence that all major religions distinguish between looking upward to heaven or down into hell. Heaven implies potential, while hell on earth is a bitch in the here and now. It’s also no coincidence that religion is steeped in the idea that sacrifice is essential for self-fulfillment.

Sacrifice means that you give up something in the present so you can improve in the future. To find success in troubled times, adjust your current behavior to maximize the probability of who you can become in the future.

How to make it work for you: Take an honest look at how your future self can succeed, or fail. Which of your personality strengths and traits will help you succeed? Which ones will hold you back? Which ones are weak and unworthy?

Can you give them up? Or are you so in love with the worst in you that you can’t overcome them? If so, remind yourself they will only suck you down and keep you in a living hell.

2. Define what success means to you

Our dreams of success are usually formed by fantasies of fairy godmothers who magically make our world perfect. Sound like second grade? Yep, because that’s how childish our definition of success can sound to a reasonable person.

No one gets through childhood without emotional scars. We all have memories of adults who made us feel inadequate, the humiliation of losing the red ball in the playground and the classmates who were evil incarnate.

Our pursuit of success can end up being a way to compensate for the weaknesses we felt as a child. While my life on a cattle ranch made me different in several positive ways, I also rolled down those mountains as a hillbilly with so little sophistication that it took years for me to catch up socially with my peers.

The part of our brain that keeps track of our position in the dominance hierarchy with our peers is ancient and deep-seated. This age-old part of our brain watches how other people treat us. On that evidence, it determines our value to the “pack” and assigns us a status.

This explains why, in my younger years, my definition of success centered around wealth and fame. I wanted to fill the holes in my psyche with enough stuff to prove to others that I should be treated with more respect and assigned more value. Many others do the same.

But, if we start with little, we also start with more possibilities ahead of us. We need to believe that the future can be improved. It’s what gives us hope. Positive emotions are generated through the hope of a better future as you make your way through troubled times. Moving toward that hope will help you define your path toward success.

So what if I was at the bottom in the game of social dominance? It only stretched out more room for me to reach my potential.

How to make it work for you: Where is there more room for you to reach your potential? Think about your life. What do you want from family, from friends? This is also the time to think about a career that will provide value and meaning for you. How are you going to prepare yourself? Or educate yourself?

We like to think the world has never been in such bad shape and that we live in particularly troubling times. We like to believe that we’re very special and that we need “safe places” on campus to protect us from microaggressions. We look for things to offend us so we can continue to justify our outrage.

There is more education and equal treatment for women, minorities and the impoverished than at any other point in human history. Slavery, while still existing, represents a smaller percentage of the world’s population today than at any other time.

We act as though society’s moral compass is out of whack. Outrage is very popular these days — young and old, people of all races and political backgrounds. We have become less tolerant of opposing opinions and more convinced that our way of thinking is the only way forward.

News alert! Our petty attempts to feel insulted are nothing more than a pathetic way of exerting moral superiority over others. Social psychologists explain that our sense of entitlement is fed by our righteous anger because we think we deserve a better world. And the media makes sure it constantly reminds us of this.

We need to harden up, because self-righteousness can be addictive if we let it run amuck. There’s this mean little streak in us that enjoys the pleasure and satisfaction of outrage.

Researchers at Emory University found that the internal chemical processes that underlie substance addictions are themselves addictive. Thus, emotional states like rage and self-righteousness, as well as activities such as trading stocks and gambling, can become addictive.

How to make it work for you: Curtail your social media intake. because the media thrives on sensationalized information that is not edited for accuracy or validity. Social media allows people who disagree with you to remain as images so it’s easier to dismiss them as idiots who don’t know what they’re talking about.

As a result, you may perpetuate stereotypes that don’t always represent reality. Engage in conversations with people who may know something more than you do.

4. Conquer events before they conquer you

It’s easy to be rolled over by the events that accompany troubled times. We can feel defeated and unable to put up the kind of fight that life demands of us. We tend to define bullies as playground tormenters with pig eyes and thick jowls, but we can just as easily feel pushed around by life and circumstances we can’t control.

This feeling of defeat often leads to listlessness, hopelessness and depression. As a result, the serotonin levels in our brain decrease. Serotonin is a neurotransmitter that relays messages from one area of the brain to the other. It influences sleep, memory, appetite and social behavior, so reduced levels have a direct effect on how we view our world.

Levels of serotonin decrease each time we feel defeat; they also mean a decrease in confidence in ourselves as well as less happiness, more anxiety, and more pain. This downward spiral continues if we don’t catch it in time. Many antidepressant drugs work by increasing the level of serotonin in the brain.

Think of serotonin as a computer in your brain that, when operating at low levels, assumes that even small inconveniences will trigger an uncontrollable chain of negative events. Thus, reducing serotonin levels even more! Because the brain is survival-driven, you will grab at the first thing that comes along if you feel threatened — the wrong job, spouse, friends or any number of wrong choices.

How to make it work for you: Dare to be brave. Encourage the serotonin to increase. Troubled times bring change and unpredictability with them. So, you will find it easier to find success in troubled times if you view those changes as an opportunity instead of pending chaos.

Serotonin levels will increase if you remain confident and calm. Accept the challenges of life and respond to them rather than expect a disaster for which you are unprepared. 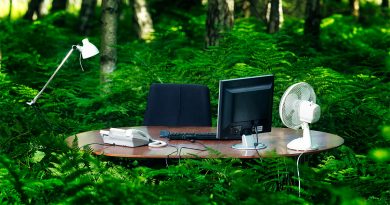 How to Hire Someone You’ve Never Met in Person 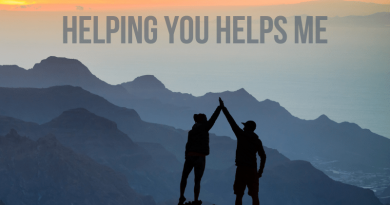 5 reasons why helping you helps me 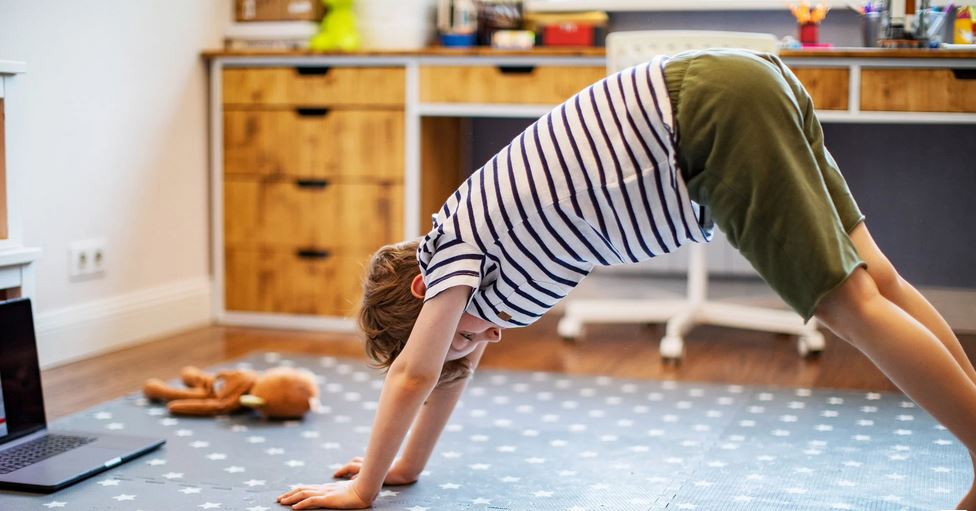 How to Improve Distance Learning for Students With IEPs