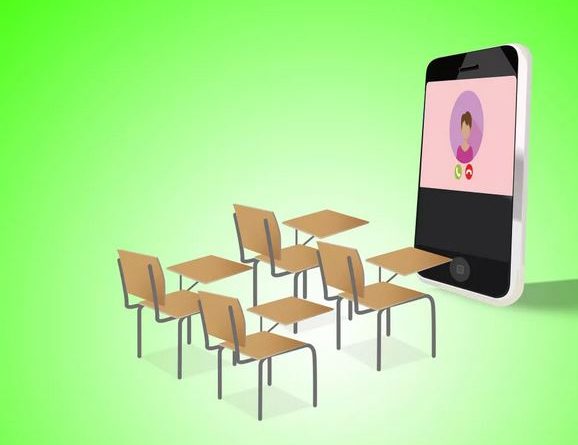 Video learning outperformed in-person lectures in an analysis of more than 105 studies looking at college students taught via live lectures, pre-recorded lectures, or a combination of the two.

Video learning may be more effective than many people realize.

For the study, researchers looked at more than 105 prior studies with a combined sample of 7,776 college students and found promising results for pre-recorded lectures. When students learned from video instead of the usual forms of teaching, the average grade increased from a B to a B+. When students received video lessons in addition to an existing class, the impact was even greater, with their grade rising from a B to an A.

“I expected going into this review that videos would be fine, that they would be okay, they’d be as good as a lecture from me, for example,” says Michael Noetel, the study’s lead author and a psychologist at Australian Catholic University.

Instead, video learning outperformed in-person learning, a finding that confirms earlier research on the topic and may have larger implications for flipped learning, remote learning, and in-person lectures.

Why Is Video Learning Effective?

“There are times when lectures and workshops are better than videos,” Noetel says. But much of the time video learning is more effective. “Probably because we cut out all of the rubbish and we edit ourselves to be more concise. We lose all of the irrelevant stories, and students can skip the parts of our lectures that they think are boring. That was really surprising, and a little bit of a hit to the old ego to find out that they prefer to be able to skip parts of my lecture rather than have to sit through my stories.”

Having the learner be able to control the learning materials is a really important process, Notel adds. “When students can self-pace, they’re much more likely to be able to catch up if they miss something,” he says.

Additional research also suggests humans are hardwired to learn best when they are processing both auditory and visual information.

Can Video Learning be Effective for Teaching Skills as Well as Facts?

In addition to facts and figures, video learning is effective for teaching more complex skills and behaviors. “I teach counseling,” Noetel says. “It’s really hard to demonstrate proper counseling, in a lecture, because I can’t bring a client and do that in front of a group of 400 students. And if I do a roleplay, it feels really contrived. But when I’ve created videos of counseling sessions that can be much more real, they can be practiced, they can really focus on what I’m trying to do. And you can much more easily stop them, and sort of annotate the video with important parts of the skill to say, ‘Hey, did you notice there how I use this type of question?’”

He adds, “That’s not to say that you can fully learn counseling from videos, because obviously, you need to practice and obviously, you need a chance to get feedback. But when it comes to first picking up a skill, it seems like video is really well optimized for the way that our minds learn.”

While Noetel’s study did not look at younger learners, and there are unique challenges to keeping K-12 learners engaged, he hasn’t found any literature suggesting that he and his team’s findings wouldn’t also be applicable to K-12 students.

What Are The Limitations of Video Learning Research?

“The study we did really focused on the highest kind of quality research to make causal claims,” Noetel says. “So we’re fairly sure that if you randomize people and give them videos, instead of most other types of learning, they do better. The thing that we don’t know is how that works in practice, and how that would work around the globe or in say areas where there isn’t ubiquitous internet access. The education system this year is seeing how so many learners don’t have the privilege of high-speed internet, or even their own device. So I don’t think videos are a panacea because at the moment. They can’t get everywhere and to everybody.”

How Can Educators Respond to Video Learning Research?

Noetel has taken video learning’s potential to heart by upping the quality of the video he offers for his classes. He has learned how to edit video, and has purchased better recording equipment, including a high-quality camera and a teleprompter. He has also embraced a flipped classroom. “My classes now no longer have anything that looks like a lecture,” he says. “The classes are all students doing things, students hands on, making mistakes, getting feedback, trying the things that they’ve seen online.”

He hopes that in the future universities and other education institutions will consider prioritizing spending decisions around video learning.

“Universities would spend hundreds and thousands of dollars on a perfectly acoustically calibrated lecture theatre that could hold 500 students at once,” he says. “All of those lecture theatres are now empty. But what we’ve given students instead is the experience of watching a $20 webcam with someone who doesn’t know how to edit a video. And I think the best universities have started channeling some of that infrastructure funding into creating video labs and into creating dedicated multimedia producers who can support the academics who don’t know how to use Final Cut Pro or Premiere Pro.” 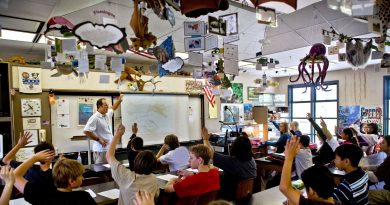 3 Strategies for Setting Up Rigorous Expectations With Students