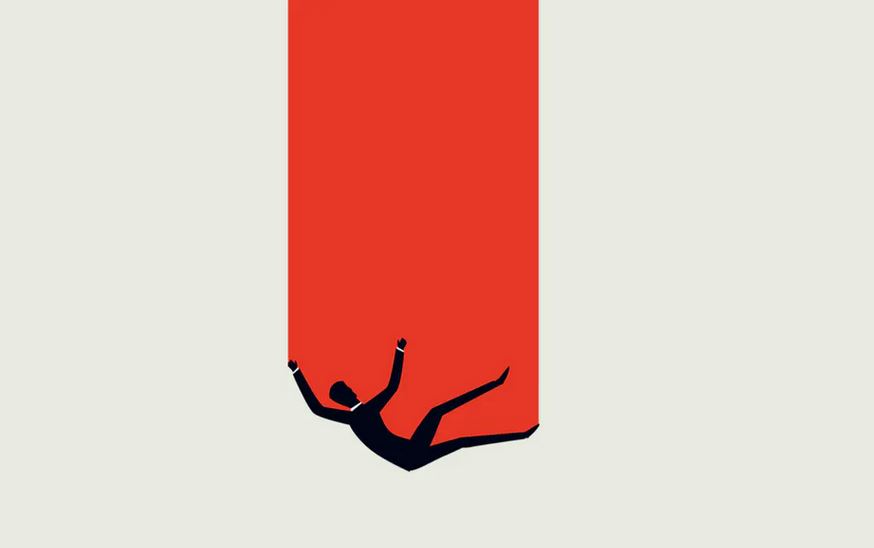 A celebrity among education nonprofits, Sal Khan is used to hitting the fundraising trail. Throughout the years, the founder and CEO Of Khan Academy have secured tens of millions of dollars from individuals, wealthy philanthropists, and corporate donors.

But even a rainmaker of his reputation has cause for concern during the age of the coronavirus.

As schools and colleges shutter across the world, Khan Academy has seen unprecedented web traffic to its online instructional videos and exercises. Before COVID-19 struck, the site saw about 18 million users each month. In recent weeks, “we’ve seen traffic grow two-and-a-half to three times the normal,” says Khan in an interview. He anticipates that he could grow to seven-folds in the coming months. On top of that, users are spending twice as long on the site as they usually would.

All that web usage adds up—and it’s one of the main concerns he shared in a recent fundraiser video. In a typical year, he tells EdSurge, server costs alone would run up to $7 million. If traffic continues to grow at current rates, Khan estimates the bill could jump to more than $20 million.

Fortunately for him, Khan has friends in high places. Already, in response to its recent call for donations, Khan Academy has received at least $3 million in grants from AT&T, Bank of America, Google.org’s Distance Learning Fund and Norvartis to support its efforts. (Khan Academy, as it turns out, runs on Google Cloud.)

“We’re kind of used to living in this world” of fundraising, says Khan. “But for some for-profit companies, if they’ve never built the fundraising muscle and are now making their products free, I can see how this can be a very difficult time.”

Indeed, few entrepreneurs can boast the social and financial capital of Khan. And as hundreds of other educational organizations also offer their products for free, some are learning that their magnanimity has a price. For cash-strapped startups, it’s a sort of Catch-22. To support schools and families during this time—and perhaps build goodwill for sales prospects in the future—many companies are providing their services gratis. But at what cost?

“We definitely need to take care of teachers at this time,” says Jon Mattingly, CEO of Kodable. “At the same time, there are consequences for free offers. It’s not just an all-you-can-eat buffet. There are people behind these products who need paychecks, who have families. We’re all part of the ecosystem.”

As Usage Spikes, So Do Costs

In recent weeks, Mattingly says his team of seven has seen a five-fold increase in the usage of the startup’s coding education app at home since schools began closing in mid-March.

For him, the additional costs come less from needing more servers, as the app handles most of the data processing on local devices. Rather, they come from third-party tools like Intercom, which the team uses to manage customer support tickets. Intercom charges a volume-based fee, and as Kodable has received a surge in the number of messages, its costs will go up.

“The more people we talk to, the more it costs,” says Mattingly. “I’m not looking forward to that bill in a couple of months.”

Dozens of other educational companies have also seen a spike in usage. According to a report from LearnPlatform, some services saw as much as a 500 percent increase in web traffic during mid-March. Among the most popular are communications and resource-sharing tools, including Flipgrid and Seesaw, and online supplementary instructional resources such as BrainPOP and MysteryScience.

Keith Schacht, co-founder, and CEO of Mystery.org, the developer of MysteryScience, says his internal data tracks largely with the spikes that LearnPlatform reported. His company, which provides resources for elementary-grade science lessons, has seen a five-fold increase in user engagement metrics, including videos watched and logins.

That has also driven up server costs, which have “gone up more than twice” their normal levels, he shares.

For LearnPlatform, which helps school districts analyze their usage of education technology products, tracking and analyzing all these data points also means “our own costs are going up for sure,” says CEO Karl Rectanus. “When usage goes up, so does data and traffic, and all the costs associated with that.”

Companies with an international footprint felt the sting earlier. For Edmodo, which claims more than 100 million users globally, “our monthly server hosting cost went up four times just in March,” says CEO Susan Kim. With web traffic having grown 12-folds so far, “we are anticipating a six- to seven-times increase later this year, and that’s just in server-hosting costs,” she adds.

The company says it recently added more than 26 million new users from across the world, with Egypt and Italy leading the pack.

BrainPOP CEO Scott Kirkpatrick said his team saw the warning signs last December when it heard from school customers in China about campus shutdowns and noticed a spike in the country’s traffic to its online educational videos and exercises. In February, as COVID-19 spread and overwhelmed Italy and South Korea, the company made all it’s content available for free to any school affected in the world.

Since that offer, more than 650,000 new accounts have been created, estimates Kirkpatrick, with around 200,000 created on a weekly basis. Like Khan Academy, BrainPOP says its users are spending more time as well. As a result, he says the company has quadrupled the number of dedicated AWS servers it normally pays for—from 35 to 120—to handle the increased traffic.

He doesn’t know yet what the tab will look like. “I haven’t gotten that bill yet,” Kirkpatrick says, with a twinge of apprehension.

Even with growing operational costs, small education companies are opting to expand their support teams to handle the influx of new users.

Fiveable, which offers Livestream test-prep sessions, saw 12,000 new registered users in March, which marked a four-fold increase from the previous month, according to its CEO and founder, Amanda DoAmaral. She attributes some of that rush to the “stress and anxiety from students, teachers, and schools” over recent changes to AP tests, which will now be delivered as online, 45-minute exams. “There is complete panic,” she adds.

DoAmaral expects the bills to rack up, from third-party tools like Intercom, Crowdcast (which it uses to broadcast Fiveable’s Livestream tutoring sessions), Algolia (used to power its website search features) and Mixpanel (a web analytics platform).

In addition to paying those costs, she also plans to hire additional customer support staff to handle the increased volume of inquiries. “That will be a cost that’s worth it,” she says.

That’s the hope. Offering products for free in hopes of getting sales later has long been a strategy for many companies in education (and other industries). But the uncertainty caused by the coronavirus has made that approach even riskier. There is no guarantee that the influx of new users will ever pay for these tools. And among the many things COVID-19 has disrupted is the school purchasing season, which usually happens in the spring and summer.

Schacht, of Mystery.org, is also hiring additional staff to provide customer support. It is a risky investment, he acknowledges, as most new users are not paying for its services.

“We’re being cautious about our finances for the next few months because we don’t know how sales will be,” says Schacht. “We are prepared for them to not be great. But we are optimistic this will pay off in the long run.”

In an ongoing survey of education companies, more than 70 percent of 89 respondents said they are offering free or discounted tools. While nearly a quarter say usage of their free products has grown at more than 200 percent, 34 percent also reported a decrease in demand for their paid offerings. Forty percent said they experienced a customer back off from a closed sale due to COVID-19.

Even more troubling: 64 percent of those companies say they have six months or less of financial runway.

“The rush to give everything away for free, with so much uncertainty with budgets and an oncoming recession, can cause a lot of damage in the long term,” warns Mattingly, of Kodable. “You may get a free product for three months. But in six months it may be gone because the company can’t pay employees or server costs.” 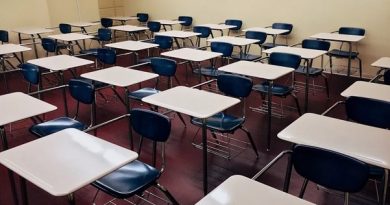 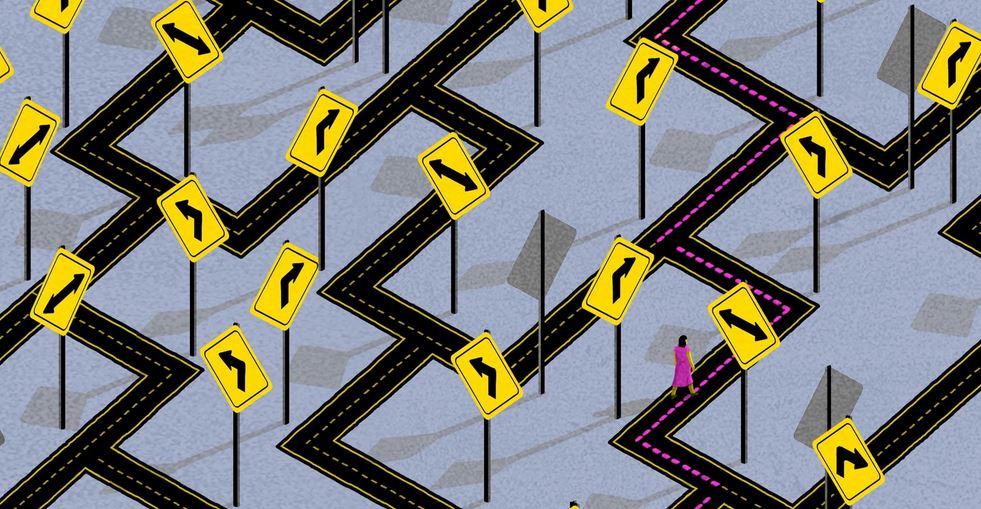 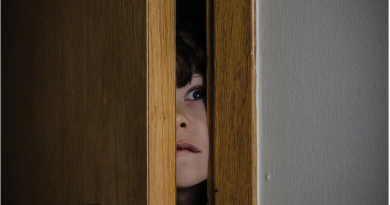