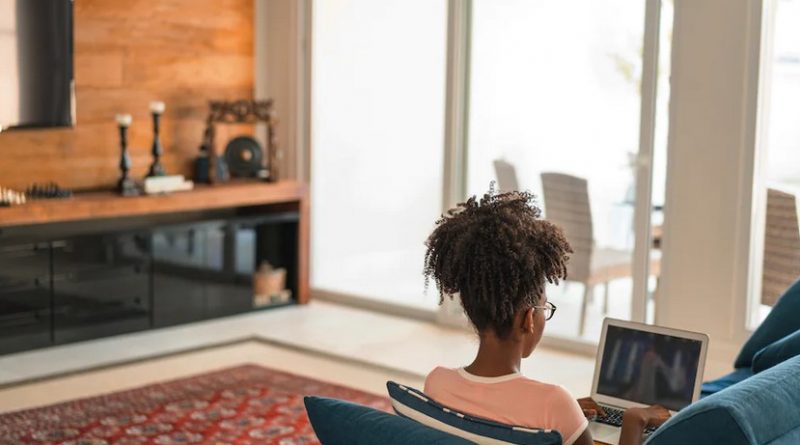 In many ways, the switch to virtual learning was an unexpected, unplanned experiment that was conducted on millions of school-age children. When the coronavirus pandemic struck the United States in early 2020, schools across the country closed their classrooms, handed out laptops and tablets, and gave educators a crash course in holding squirming kids’ attention over apps like Zoom.

Help Desk: Technology coverage that makes tech work for you

More than two years later, there’s new information about the impact that switch has had on teens between 13 and 17 years old and their parents. In a survey released Thursday by the Pew Research Center, there are signs that some things are returning to the way they were before the pandemic, but some teenagers feel left behind. The survey found that most kids have kept close relationships with friends and families over the pandemic and that they prefer going to school in person more than remotely. However, there are notable differences in how the pandemic, specifically remote learning, has affected Black and Hispanic teenagers and lower-income families.

“One thing that stands out is we tend to see a difference in teens’ experiences by their household income,” said Colleen McClain, a Pew research associate who focuses on Internet and technology research.

Some of the starkest differences are around completing homework, known as the “homework gap.” Some teens are falling behind in school work, often due to a lack of adequate technology to complete assignments at home. Twenty-two percent of teenagers said they have had to finish the homework on their phones, and 12 percent said they sometimes can’t complete their homework because they don’t have the technology to do it. A lack of computers, smartphones, and reliable home Internet are all contributing factors. Twenty percent of low-income students who live in a household with an annual income of $30,000 or less said they don’t have a computer at home.

Childhood experts had worried about the impact of isolation on teen relationships during the early part of the pandemic. About half of teens reported feeling as close or closer to their parents than before the coronavirus crisis, and 49 percent said they had managed to maintain their close relationships with friends. However, a third of teenagers said they were less connected with people outside that inner circle, such as classmates. These relationships were another area where Hispanic and Black teens reported some less-positive experiences. They were more likely than White teenagers to feel less close to their friends.

Even the teens who managed well while learning remotely prefer being back in classrooms full time, the survey found. A majority of all teenagers said they prefer to attend school entirely in person, while 9 percent said they prefer to be fully remote.

Even after shootings, experts warn against cell phones in schools

While there’s a stronger preference for in-person learning, there are some notable differences between groups. Black teens are less likely to say they want to only go to school in person since the pandemic, while Hispanic teens are more likely to want a hybrid setup. Teens living in lower-income households are less likely to want to go back to school entirely in person, with 15 percent saying they would prefer to attend school completely online.

The study comes just as most students are wrapping up the school year and are primarily back to in-person learning. Eighty percent of students said they had attended school completely in person in the past month, while only 8 percent said they had been entirely online.

While many of the changes required early in the pandemic were temporary, some of the technical requirements have stuck around — and not without consequences. A recent study by Human Rights Watch found that of 164 educational apps it examined, nearly 90 percent were designed to collect and share data about students with advertising technology companies. The increase in smartphone usage among students, particularly teens, has led some educators to try to incorporate those devices into their lesson plans. That can leave students without access to pricey smartphones behind, too.

Educators across the board have worried about whether remote learning would leave some kids behind. The parents of teenagers have mixed reviews of their various schools’ approaches to virtual schooling, and they tended to be more satisfied with it than the children themselves. Among parents, 39 percent say they’re satisfied with how schools handled remote learning, while only 28 percent of teens said the same.

The majority of teenagers also aren’t worried that they’ve fallen behind during the pandemic, while 28 percent of parents say they’re very or extremely worried about their kids falling behind because of the coronavirus crisis.

“There’s not a one-size-fits-all experience for teens when it comes to experiencing school during the pandemic,” said Monica Anderson, associate director of research at Pew. 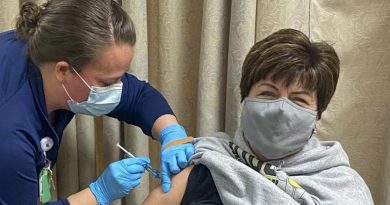 Teachers Are Already Getting COVID-19 Vaccines 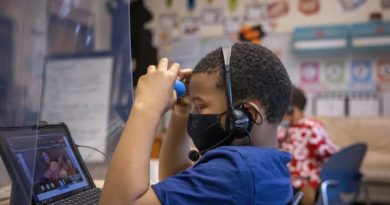 D.C. mayor says all students will be back in classroom full time in fall. Can she pull it off?