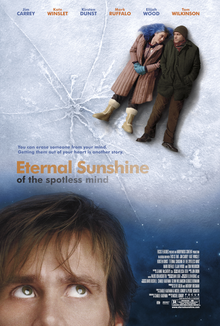 Eternal Sunshine of the Spotless Mind (also simply known as Eternal Sunshine) is a 2004 American drama film written by Charlie Kaufman and directed by Michel Gondry. It follows an estranged couple who have erased each other from their memories. Pierre Bismuth created the story with Kaufman and Gondry. The ensemble cast includes Jim Carrey, Kate Winslet, Kirsten Dunst, Mark Ruffalo, Elijah Wood, and Tom Wilkinson. The title of the film is a quotation from the 1717 poem Eloisa to Abelard by Alexander Pope.

The film uses elements of psychological thriller, science fiction and a nonlinear narrative to explore the nature of memory and romantic love. It opened in North America on March 19, 2004, receiving high acclaim from critics and audiences and grossed over $74 million worldwide. It won the Academy Award for Best Original Screenplay, and Winslet received a nomination for the Academy Award for Best Actress. The film developed a cult following in the years after its release and has come to be regarded by many critics as one of the best films of the early 21st century. 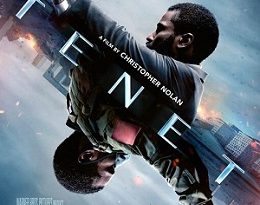