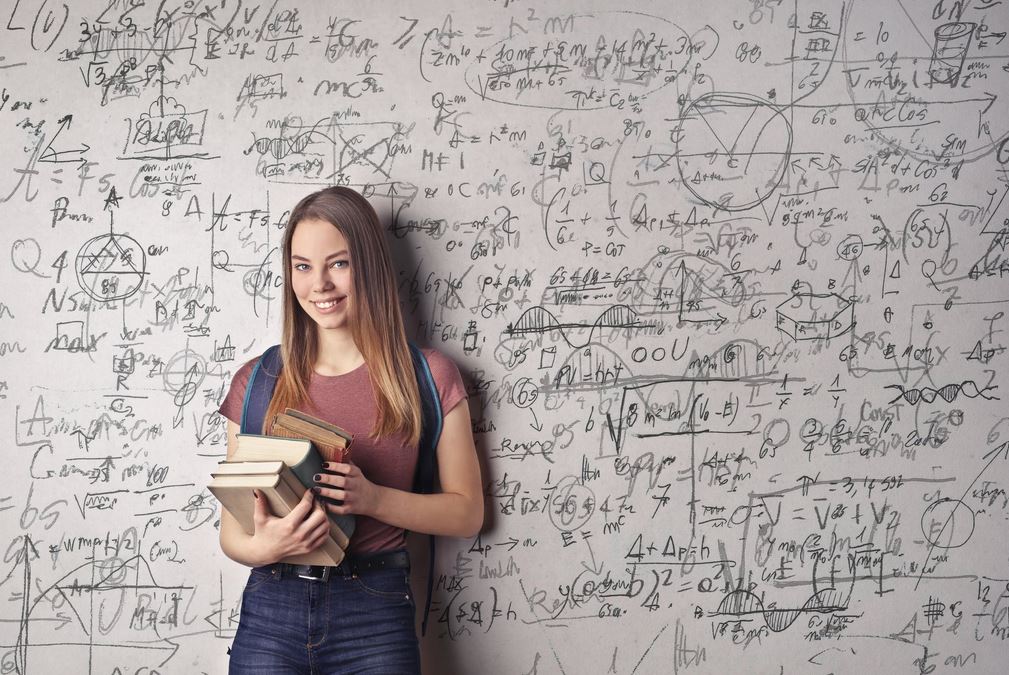 Q1. Jenny has six apples.  If she gives away four apples, how many apples does she have remaining?

Q2. Two trains are traveling nonstop to Kansas City, one leaving from Boston (1450 miles away) at 50 miles per hour and one leaving from San Francisco (1850 miles away) at 40 miles per hour.  Both trains leave their origins at the exact same time early in the morning.  Which train will arrive first, and what will be the time difference of the two trains’ arrival in their final destination in Kansas City?

Q3. What is the radius of a circle with circumference 2π?

While it may seem like math problems like the ones above have no real use in life, this couldn’t be farther from the truth!  Math is incredibly important in our lives and, without realizing it, we use mathematical concepts, as well as the skills we learn from doing math problems every day.  The laws of mathematics govern everything around us, and without a good understanding of them, one can encounter significant difficulties in life.

Read on to learn a few reasons that math is a powerful and incredibly useful tool.

1. Learning math is good for your brain

Research conducted by Dr. Tanya Evans of Stanford University indicates that children who know math can recruit certain brain regions more reliably, and have higher gray matter volume in those regions, than those who perform more poorly in math.  The brain regions involved in higher math skills in high-performing children were associated with various cognitive tasks involving visual attention and decision-making.  While correlation may not imply causation, this study indicates that the same brain regions that help you do math are recruited in decision-making and attentional processes.

“I’m late, I’m late for a very important date.” – White Rabbit from the movie Alice in Wonderland.  Don’t let your ignorance of math make you like the White Rabbit! A recent study indicated that 4 out of 5 children living in Oklahoma City can’t read the hands-on analog clock to tell time.  Knowing math, and particularly fractions can help you better tell time.  While analog clocks may eventually become obsolete, don’t let your ability to tell time become outdated!  Use your knowledge of fractions to help you tell time on analog clocks that have an hour, minute, and (sometimes) second hand.

3. Math helps you with your finances

Math can be helpful for balancing your budget because you will have a good understanding of how to make sure that your costs are less than the money you have.  Balancing one’s bank account, for example, is an important life skill that requires math in order to subtract balances.  People who know math are therefore less likely to go into debt because they did not know how much money they had versus how much money they spent.

4. Math makes you a better cook (or baker)

With knowledge of math, for example, you can quickly deduce that a half-cup of flour is the same thing as eight tablespoons of flour.  This skill can prove handy if you find that your half-cup measure is missing.  Likewise, if you are cooking from a recipe that serves four people, but you need to feed eight people, your math skills tell you that you can simply double all of the necessary ingredients.  Without math, you may not have enough food (or have too much food) to feed your guests!

Math helps us think analytically and have better reasoning abilities.  Analytical thinking refers to the ability to think critically about the world around us.  The reasoning is our ability to think logically about a situation.  Analytical and reasoning skills are essential because they help us solve problems and look for solutions.  While it may seem far-fetched to believe that solving the train problem above can help you solve a problem in your life, the skills that you use in framing the problem, identifying the knowns and unknowns, and taking steps to solve the problem can be a very important strategy that is applicable to other issues in life.

6. Practically every career uses math in some way.

Obviously, mathematicians and scientists rely on mathematical principles to do the most basic aspects of their work, such as test hypotheses.  While scientific careers famously involve math, they are not the only careers to do so.  Even operating a cash register requires that one understands basic arithmetic. People working in a factory must be able to do mental arithmetic to keep track of the parts on the assembly line and must, in some cases, manipulate fabrication software utilizing geometric properties (such as the dimensions of a part) in order to build their products.  Really, any job requires math because you must know how to interpret your paycheck and balance your budget.

7. Math is all around us and helps us understand the world better

To live in a mathematically-driven world and not know math is like walking through an art museum with your eyes closed.  Learning and appreciating math can help you appreciate things that you would not otherwise notice about the world.  In reality, math is everywhere! Don’t believe me?  Read on for some examples of math in nature.

Bees, masters of geometry, use hexagons to build their honeycombs.  The Fibonacci sequence, a famous sequence of numbers in mathematics, is found throughout nature: in pinecones, seashells, trees, flowers, and leaves.

The number of pi can also be observed all around us.  Pi is a cool number with many unique properties.  Pi is approximately 3.14, but in reality, it is greater than 3.14, with an infinite string of numbers after the decimal point. Because pi is, in reality, an infinitely long number, it is expressed as the Greek letter pi (π).  It cannot be expressed as a fraction; numbers that cannot be expressed as fractions are said to be irrational.  Pi is also transcendental, which means that it is non-algebraic; this means that pi cannot be the solution of single-variable polynomial equations whose coefficients are all integers.  (By definition, all transcendental numbers are also irrational.)

Now that you know more about pi and about how math governs nature, don’t you feel that you have a greater command over the mathematical laws of the universe?  It can be empowering to learn about mathematical principles because it can help make sense of a world that, oftentimes, does not make much sense.

7. Math can make you more popular

Before you start to disagree with me, think about how great it is to go to dinner with a friend who can quickly divide a check in their mind to determine how much each person needs to pay to split the bill.  Your knowledge of fractions can also help you divide a pizza among a few people.  While math is popularly the realm of nerds, your ability to avoid awkward confusion and silence as you and your friends try to divide a pizza or a dinner bill is a truly valuable skill.  Be known as the cool (yes, I said cool) person that knows how to do mental math quickly!

8. Math can help you shop for a good sale

Not only will your quick mental arithmetic skills help you become known as the smart person who everyone appreciates when the waiter brings the check to your table, but your math skills can also help you shop.  Knowledge of percentages and how to calculate them quickly can help you save time when shopping at a sale at the mall – for example, to quickly calculate a discounted price, or to determine whether you’ve been correctly charged when paying for a shirt at the store.  You don’t need a Ph.D. in math to develop some quick mental arithmetic skills; they can help you in these and other areas of your life in the long run.

10. Math is a universal language

Sure, it’s mostly equations, numbers, and some Greek letters, but math is understood the same virtually all over the world (and who knows, maybe all over the universe)!  A math equation doesn’t need to be translated to another language to be understood by someone on the other side of the planet.  A mathematical law doesn’t change because someone has a different religion than you or speaks a different language from you.  2 + 2 = 4 in every single place on planet Earth.  Pretty cool! The universality of math is one of the many things that makes it such a powerful tool and, indeed, essential life skill.

In summary, math is not only important for success in life; it is all around us.  The laws of mathematics are evident throughout the world, including in nature, and the problem-solving skills obtained from completing math homework can help us tackle problems in other areas of life.  While many may complain that math is boring or complicated, the truth is that a life devoid of math means that we go around experiencing the world on a much less interesting level than we could.

A2. To solve this problem, simply divide the distance travelled for each train by its speed to obtain the time that the journey will take.  Assuming that the trains travel a uniform velocity and make no stops, The Boston train will arrive in Kansas City in (1450 / 50) = 29 hours. The San Francisco train will arrive in (1850/40) = 46.25 hours. 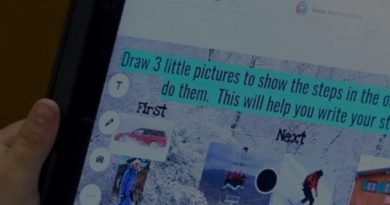 TEACHER VOICE: One teacher’s advice to help students not just survive, but thrive in remote learning 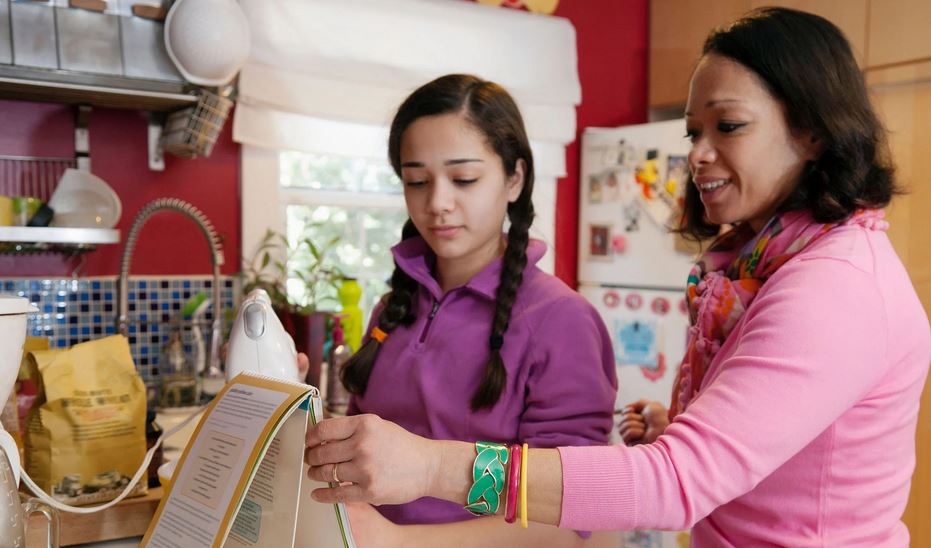 How Teachers Can Support PBL at Home 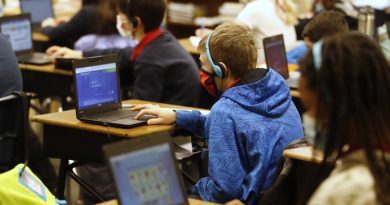