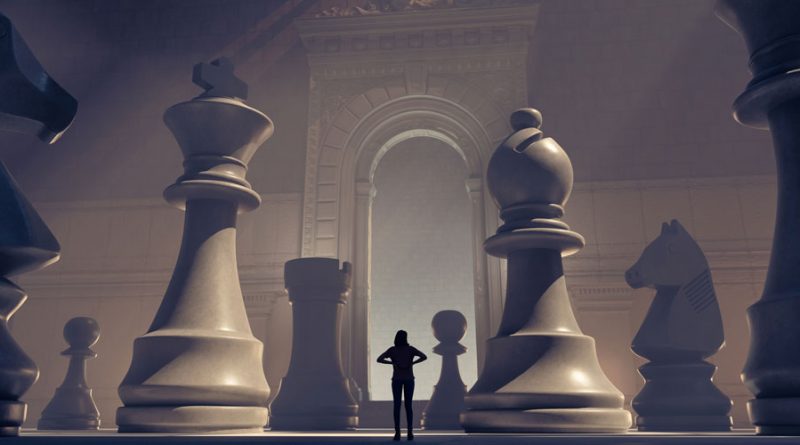 What do the building of the Great Western Railway across Britain in the 1830s, the construction of the Panama Canal in the early 1900s, and your work as an executive today have in common?

Although analytical tools and computer modeling have become exponentially more sophisticated in recent years, one element of decision-making has not changed. Decisions of great magnitude must be made by CEOs and leaders of organizations, not by machines or by the people who prepare briefing documents. And the core way we as humans make decisions has not evolved nearly as fast as computer technology amassing and sorting data has. We still make decisions based on the information in front of us, even if the entire picture isn’t yet clear.

Having spent many years working in high-tech Fortune 100 companies, and the past seven years researching and writing about the leadership and decision-making behind major historical endeavors, it became clear to me that modern executives can glean a significant number of lessons and insights from leaders of the past.

In our recent book, Audacious Goals, Remarkable Results: How an Explorer, an Engineer, and a Statesman Shaped our Modern World, David Hirzel and I explain how three extraordinarily successful people made decisions to accomplish great achievements. Our focus in the book was to show what modern CEOs and other business decision makers can learn from these overachievers. So, what did they do?

British engineer Isambard Kingdom Brunel (perhaps the greatest engineer who ever lived), a household name in the UK but little known elsewhere, served as chief engineer of the first tunnel under a flowing river, the Thames, at Rotherhithe, in the 1820s. He also pioneered the modern railway in the 1830s, designing and building the UK’s Great Western Railway, which connected London to the port city of Bristol. At the time of its construction, it was the longest (116 miles, or 187 kilometers) and fastest (50 miles, or 80 kilometers, per hour) railway in the world.

President Theodore Roosevelt was the driving force behind both the creation of the US national parks and the construction of the Panama Canal. Norwegian explorer Roald Amundsen was first to sail a ship through the Northwest Passage: the arctic sea route connecting Europe to Asia that had been sought for centuries. Amundsen was also the first explorer to reach the South Pole.

Three people. Three professions. Three different nationalities. Despite these differences, we discovered that when faced with challenges, all of these leaders overcame them with surprisingly similar mindsets. Their accomplishments had similar elements. They were large undertakings, watched by the world. They were multiyear and multifaceted, and they attracted a multitude of detractors who claimed, “It can’t be done.” But Brunel, Roosevelt, and Amundsen all persevered. They consistently proved the naysayers wrong by making bold decisions at critical moments.

CEOs who find themselves in similarly challenging situations can learn from how Brunel, Roosevelt, and Amundsen measured up their options. Like so many things, their process started with information. All three men made decisions based on the facts in front of them. That sounds straightforward. But doing so requires three actions because not all facts are created equal.

First, master the right details. Brunel knew every mile of his railway. In 1833, he personally surveyed the entire line on horseback to find the exact, most level route across the undulating English countryside, reasoning that the more level the route, the faster the train could travel. This detailed knowledge was critical to his success in gaining government approval, after he defended the chosen route in front of an 11-day approval hearing at the Houses of Parliament the following year. He had to explain how and why he would build a two-mile tunnel near the village of Box Hill, for example. It would be far longer than any tunnel ever built and require five years to complete.

In the early 1900s, Amundsen was the most knowledgeable person in the world on the Northwest Passage, before he set sail to find its location. He achieved this status by studying the 400 years of expeditions that had failed to find such a valued trading route, which he suspected could be traced among the myriad small and large islands, peninsulas, and ice-laden waters between Greenland and Alaska across Northern Canada. What he learned was that on all previous attempts, the quest was derailed by friction between the captain of the ship and the expedition leader. Amundsen spent years studying, training, and enduring grueling voyages to get his sea captain’s license so he could be both expedition leader and captain of his own ship on his Northwest Passage attempt.

His study also led him to conclude that a small team of seven men in a single-masted 47-ton, 70-foot, former herring sloop could achieve what the mighty British Navy failed to do with the ill-fated Sir John Franklin expedition. The earlier mission consisted of 129 men and two well-founded ships, yet all the men perished. A small ship, Amundsen surmised, would be more maneuverable through the narrow inlets and shallow seas.

Amundsen’s success is legendary. In today’s world, his breadth of knowledge could be equivalent to the CEO of a consumer goods manufacturing company knowing all about the engineering of how its products are created, including detailed information about suppliers and customers. Apple is an exemplar of detail-based leadership.

We know Tim Cook as the CEO of Apple, but his experience was not in the traditional functions that people ascend to CEO positions from, such as finance or sales. Cook’s expertise was in supply chains and logistics at IBM, and then at Compaq when it was one the world’s leading PC manufacturers. Steve Jobs recruited Cook in 1998 as senior vice president of worldwide operations. Cook followed the dictum “focus on what you know” and transformed the way Apple builds products and works with suppliers.

Second, seek firsthand knowledge to avoid wishful thinking or unbridled optimism. During the Panama Canal construction, Roosevelt insisted that his visit to the site take place during the rainy season so he could see it at its worst. In the early 1900s, the Panama Canal was the biggest, most difficult, and most expensive construction project the modern world had ever seen (costing around US$36 billion in today’s dollars). The canal dig took 11 years and the lives of tens of thousands of workers.

During the Panama Canal construction, Roosevelt insisted that his visit to the site take place during the rainy season so he could see it at its worst.

The challenge was immense. The Isthmus of Panama was filled with swamp and jungles. The local rainy season stretched from April to December. The local river, the Chagres, was one of the most volatile in the world, rising 40 feet in a single rainstorm. The region was also rife with yellow fever, malaria, and other tropical diseases. After a disastrous US start in 1904, Roosevelt hired two experts: the engineer John Stevens and tropical disease expert Dr. William Gorgas. The goal was to dig efficiently, and to rid the canal zone of mosquitoes carrying yellow fever. To give some sense of scale to the challenge, the amount of earth needing to be excavated to build the canal, if shaped into a form like the Great Wall of China, would stretch from Newfoundland, Canada, to the Florida Keys.

With so much at stake, in 1906, Roosevelt sought a firsthand, unvarnished view of the work. It may seem hard to believe now, but his visit was highly controversial because, up to that point in history, no sitting US president had ever set foot out of the United States. As a leader, Roosevelt wanted to form his own opinions, so he preempted the official agenda to see all the parts of the canal dig and talked directly with the engineers and workers. His visit to the canal zone and his inspirational speeches were a turning point in the project and gave him added leverage in overcoming his detractors back home.

There are many cautionary tales of CEOs who didn’t seek on-the-ground knowledge and, blinded by optimism, made poor choices. High-profile cases include Kodak missing the digital camera revolution, even though the firm had invented the technology. It clung to its past revenue streams and failed to understand what was changing. Blockbuster famously chose not to buy Netflix in 2000 for $50 million. It didn’t recognize that Netflix’s mail-order model would appeal to customers because it failed to understand the market.

Third, weigh up alternatives, make decisions quickly, and communicate changes effectively. Roosevelt used these skills to great effect to make two central decisions. The first was agreeing to the costly change from attempting to build a sea-level canal with no locks to building one that involved constructing the largest dam in the world to control the Chagres River, creating the world’s largest artificial lake, with 12 locks, each of which was three times bigger than any lock previously built. Second, he decided it was imperative to fund a massive health initiative to eradicate mosquitoes, and yellow fever, in the canal zone.

I discussed the Brunel-Roosevelt-Amundsen approach recently with Jim Riesenbach, who was CEO of AutoWeb, the US-based car and truck brokerage firm linking buyers to auto dealers and manufacturers, during the 2007–08 economic downturn. He faced two decisions: how much to downsize the company and how fast to do it. Cut too deep and the company may never recover; go too slow and expenses could far exceed revenues, thus tipping the company too far into the red.

“I was already immersed in the details of the business, including the analytical models we developed to simulate alternative scenarios and contingency plans. Details were the key to my credibility,” explained Riesenbach. On the proposed cuts to the business, Riesenbach told me that he had to present an accurate view of the situation and not sugarcoat it. Otherwise, the shareholders, suppliers, and car dealers would lose faith. The company’s cash position became a critical factual element of the decision-making process.

Rapid choices and timely communication were Riesenbach’s go-to approach, enabling him to manage expectations with customers, suppliers, employees, and shareholders. He could not indulge in wishful thinking, since early in the recession it was not clear how (or even if) the auto industry would recover. In the end, he had to cut 35% of the workforce and divest two noncore divisions. The business survived and still exists today.

Theodore Roosevelt talked about striving for “glorious triumphs” when undertaking great challenges. Obstacles and setbacks were part of the process. Brunel, Roosevelt, and Amundsen achieved their triumphs because of their decision-making: it pays to be well prepared for change. If you are steeped in your business, you understand both the risks and opportunities, and you know how to communicate how you want people to act, it’s much more likely that the decisions you make will lead to successful outcomes. 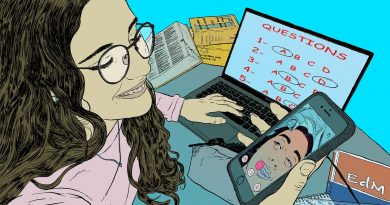 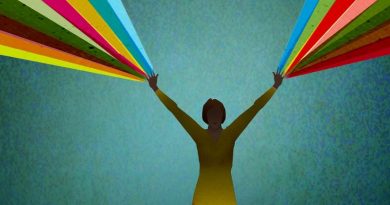 The Research on Life-Changing Teaching